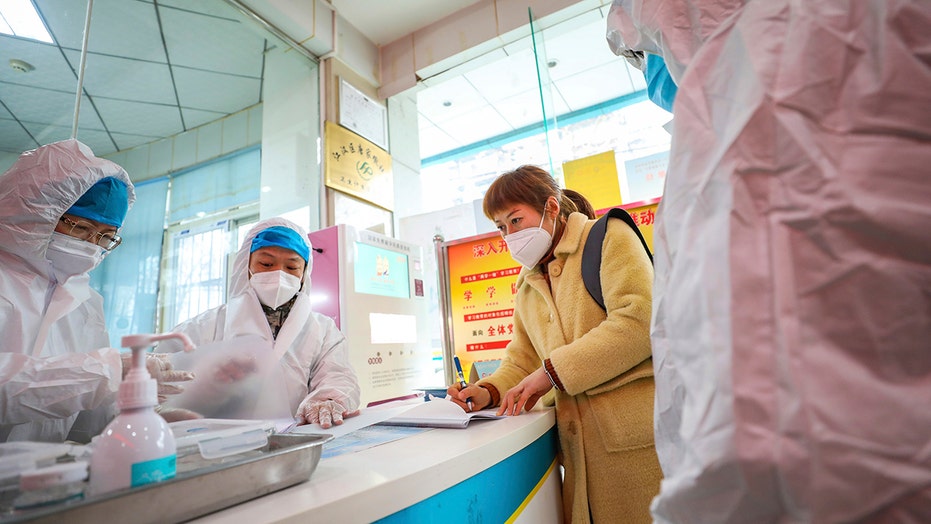 Much of China is on lockdown as the infection grows to 8,000 people; Benjamin Hall reports.

An Aussie mom group's argument about the coronavirus outbreak turned into a violent brawl that left one unconscious.

The fight started between a pair of moms on a Sydney mothers' group chat site and ended with the two in the hospital, according to police.

"The argument quickly escalated from verbal to physical; pushing, slapping, hair pulling and finally both on the ground, briefly unconscious, all despite the efforts of bystanders trying to intervene," Northern Beaches Police said on Facebook Thursday.

The woman, ages 33 and 36, planned to settle the argument over the health effects of the coronavirus outbreak in person Tuesday in the Brookvale suburb, each bringing backup, but neither was able to break up the brawl.

Police say that both were released from the hospital, and they continue to investigate the incident.

Many online chastized the mothers for being bad examples for their kids.

"Bloody hell! How dumb can people be? Let's hope that both of them knocked some sense into each other because that's appalling behavior," one person wrote, according to Daily Mail. "Now I know why I avoid mother's [sic] groups."

The China-born coronavirus has now spread to 22 countries and the number of confirmed cases is nearing 10,000, surpassing the number recorded during the 2002-2003 deadly SARS outbreak, though the death toll remains lower so far, at 213.