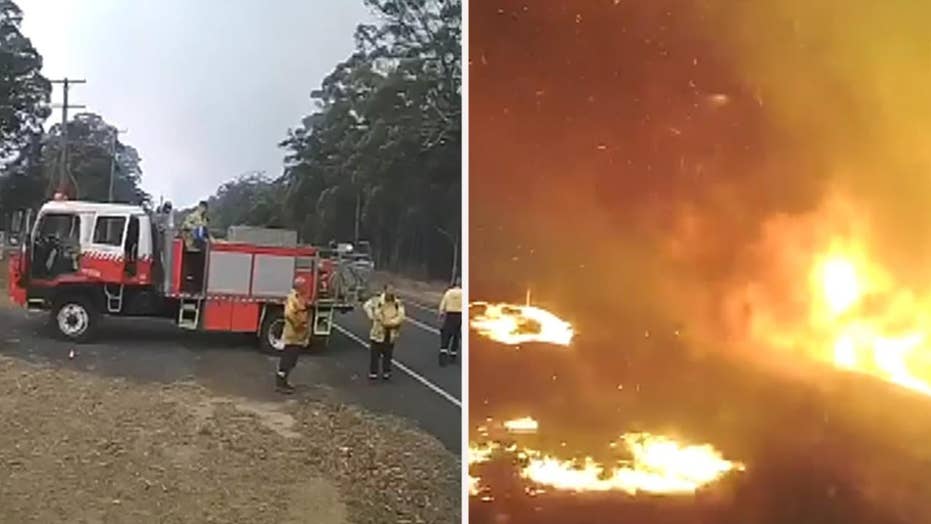 Australian officials are fed up with people trying to take pictures of the raging wildfires, as they create an "unnecessary risk."

Police in the Australian Capital Territory area – which declared a state of emergency Friday over an out-of-control forest fire burning erratically near the capital city of Canberra – are warning drivers not to stop on the side of the road to gawk at the flames.

“You are creating unnecessary risk. #StopDisasterTourism,” read a tweet from the ACT Policing account, adding that officers have had to “actively move on people and cars… so they don't hinder operations and clog roads.”

The threat is posed by a blaze on Canberra’s southern fringe that has razed more than 53,000 acres since it was sparked by heat from a military helicopter landing light on Monday, the region’s Emergency Services Agency says.

A wildfire threatening property glows at dusk near Clear Range, south of the Australian capital of Canberra on Friday. (AP)

It's the first fire emergency for the Australian Capital Territory area since 2003 when wildfires killed four people and destroyed almost 500 homes in a single day, according to The Associated Press.

“The state of emergency sets a clear expectation for our community that we need you to be vigilant,” Emergency Services Minister Mick Gentleman told reporters Friday. “This is the worst bushfire season in the ACT since 2003.”

A blaze on Canberra's southern fringe that has razed more than 53,000 acres since it was sparked by heat from a military helicopter landing light on Monday, officials say. (AP)

Residents of southern Canberra suburbs and surrounding villages have been advised to prepare to either protect their homes or evacuate.

Unprecedented fires across southern Australia have claimed at least 33 lives since September, destroyed more than 3,000 homes and razed more than 26.2 million acres.