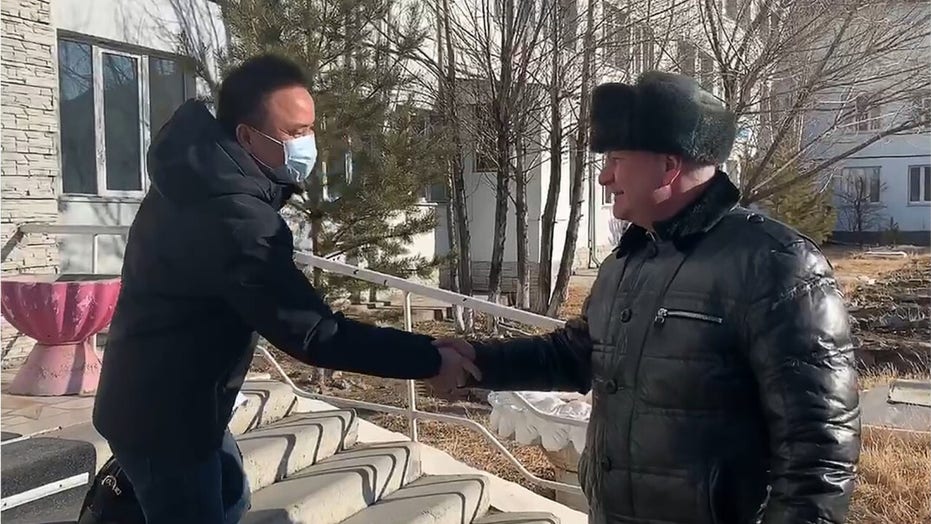 Fear of the coronavirus has continued to rise as the number of cases increase worldwide. To prevent possible transmission, some people in China have come up with a different way of greeting each other.

Toilet paper has been disappearing from shelves around the world as coronavirus-wary consumers stockpile emergency and household supplies.

A notice stuck to a shelf instructing customers about a limit on toilet paper purchases is pictured in a supermarket amid coronavirus fears in Sydney, Australia March 4, in this picture obtained from social media. (MARALINDA BOYD/via REUTERS)

A newspaper in Australia wants to help the #ToiletPaperCrisis or #ToiletPaperEmergency – as it’s been dubbed on social media – and decided to print some extra pages in its editions.

“Yes, we actually did print it!” NT News, a Darwin-based newspaper, said in a tweet Thursday with a video showing a special eight-page insert that can be cut into toilet paper.

The front page said: "Run out of loo paper? The NT News cares. That's why we've printed an eight-page special liftout inside, complete with handy cut lines, for you to use in an emergency. Get your limited edition one-ply toilet newspaper sheets."

The newspaper is known for its cheeky and hilarious headlines, however, its editor said this one was "certainly not a crappy edition."

“We are a newsroom known around the world who understands the needs of our readers,” Matt Williams, NT News’ editor told Guardian Australia. “Territorians … are in great need of toilet paper right now as we had to deliver what they needed.”

According to ABC, local supermarkets were besieged by shoppers clearing out shelves. Stores in the town of Millicent in South Australia, where most of the country’s toilet paper supplies are milled, have been forced to order extra stock.

A supermarket chain in Sydney – Australia’s largest city – had to enforce a four-pack limit on shoppers.

According to the BBC, police were called to a report Wednesday of someone pulling a knife during an argument over toilet paper.

The frenzy to buy toilet paper was first seen last month when armed robbers stole pallets of the product in Hong Kong.

The coronavirus – officially known as COVID-9 – first broke out in Wuhan, China, late last year and has spread globally with more than 96,000 cases.

Australia has seen 57 cases with 1 death.