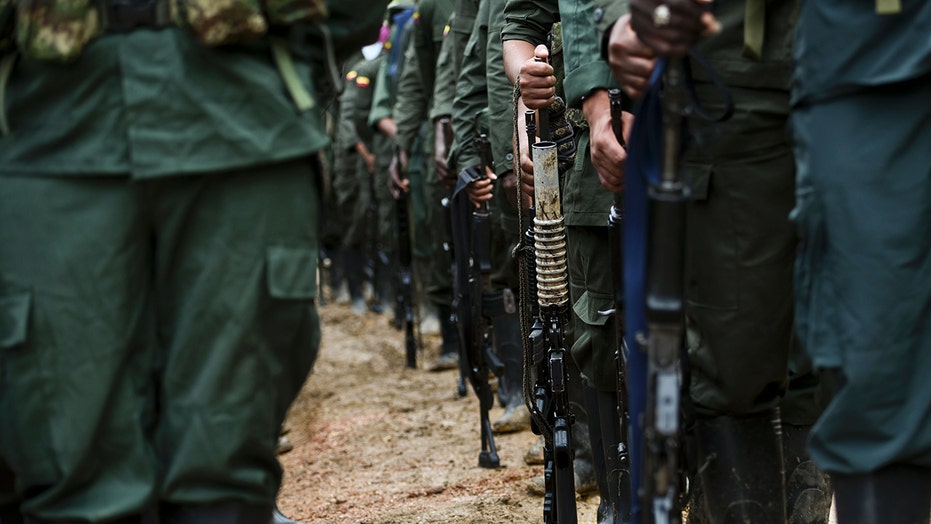 Colombian cartels warned residents in nearly half the country's states that armed fighters would kill anyone who disobeyed coronavirus lockdown restrictions, a new report claimed.

Despite government-mandated lockdown rules that began in March and have yet to be lifted, which include curfew hours but allow people to leave their houses for necessities and in a medical emergency, the cartel reportedly implemented more stringent and sometimes lethal measures across 11 of the country's 32 states.

Armed fighter groups handed out pamphlets and communicated with communities through WhatsApp to establish curfews, lockdowns and restrictions on movement for people, cars, and boats, according to a report released Thursday by Human Rights Watch (HRW).

COVID-19 instructions also included limits on opening days and hours for shops as well as bans on access to communities for foreigners and people from other communities.

One pamphlet by the National Liberation Army (ELN) fighters in Bolívar, in northern Colombia, from early April said they were “forced to kill people in order to preserve lives” because the population had not “respected the orders to prevent Covid-19.”

Members of the Revolutionary Armed Forces of Colombia (FARC) guerrillas are seen at the "Alfonso Artiaga" Front 29 FARC encampment in a rural area of Policarpa, department of Narino in southwestern Colombia, on January 17, 2017. (LUIS ROBAYO/AFP via Getty Images)

The pamphlet said “only people working in food stores, bakeries, and pharmacies can work,” and only until certain hours of the day, saying others should stay “inside their houses,” according to a review done by HRW.

Some conflicting mandates by cartel groups that surpassed measures put in place by the government in terms of strictness left already struggling communities without proper food and necessities, the report said.

In Tumaco, armed cartel fighters overruled a government rule that allows street vendors to sell food as long as they avoid crowds.

But a community leader in the area told HRW that because the cartels “do not allow street selling or [at times] allow [it] only until 5 p.m. … Families do not achieve sufficient income to feed themselves.”

Some families started sharing communal noodle soups or are just sharing “one single pound of rice” among all family members, the person said.

“Draconian ‘punishments’ imposed by armed groups to prevent the spread of Covid-19 mean that people in remote and impoverished communities across Colombia risk being attacked and even killed if they leave their homes,” Vivanco said. “The government should urgently ramp up its efforts to protect these communities, ensure they have adequate food and water, and protect their health from the effects of Covid-19.”