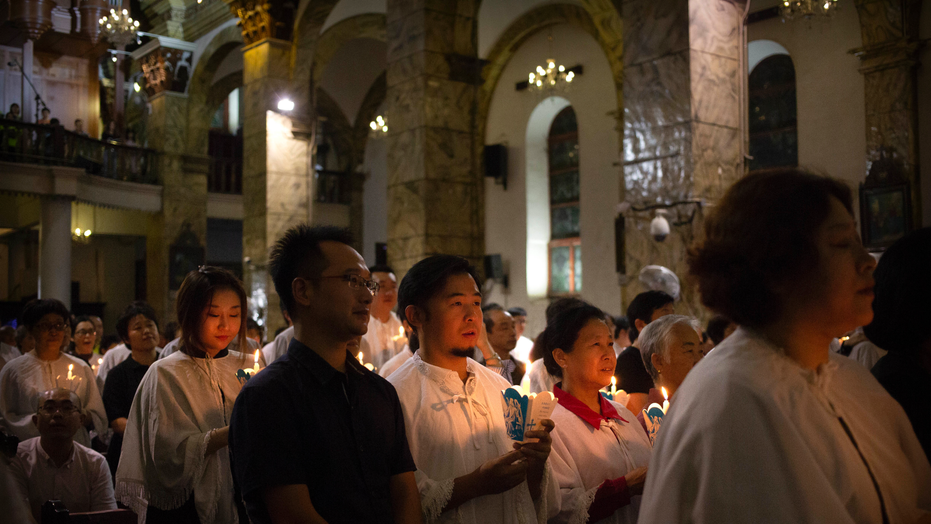 Communist Party members in a central Chinese province were told Christianity is harmful to their country during a recent seminar.

Religious experts see it as a sign the government is continuing its crackdown on Christianity and other religious minorities, with Christian persecution at historic highs around the world.

“The Chinese government often views religions, including Christianity, as foreign attempts to undermine its rule, even though there is no evidential basis for such a claim,” the ChinaAid report states. “As a result, they often try to suppress religious adherents, and they openly forbid Communist Party members from practicing a religion.”

Christians in China are being increasingly persecuted, and a pastor's wife was killed last week protesting demolition of her church (ChinaAid.org)

The telecommunications agency allegedly encouraged the communist party members to maintain "correct views" about religion and avoid being persuaded by its ideology.

Professor Ying Fuk-tsang, director of the divinity school at the Chinese University of Hong Kong, told UCAN the seminar reflects the stringent controls of ideology through phone and internet networks and he believes President Xi Jinping is highlighting the threat of religion to China.

"It fears that the number of Chinese Christians exceeds the number of party members and poses a threat to its one-party dictatorship," he said.

The Christian Post reports that China has seen exponential growth in Christian believers since the Cultural Revolution and is set to have the largest Christian population in the world by 2030.

Andrew Boyd, a spokesman for Release International, a U.K.-based charity that helps support persecuted Christians around the world and a partner organization of Voice of the Martyrs, told Fox News China's communist government feels "emboldened because of the lack of protests from the West."