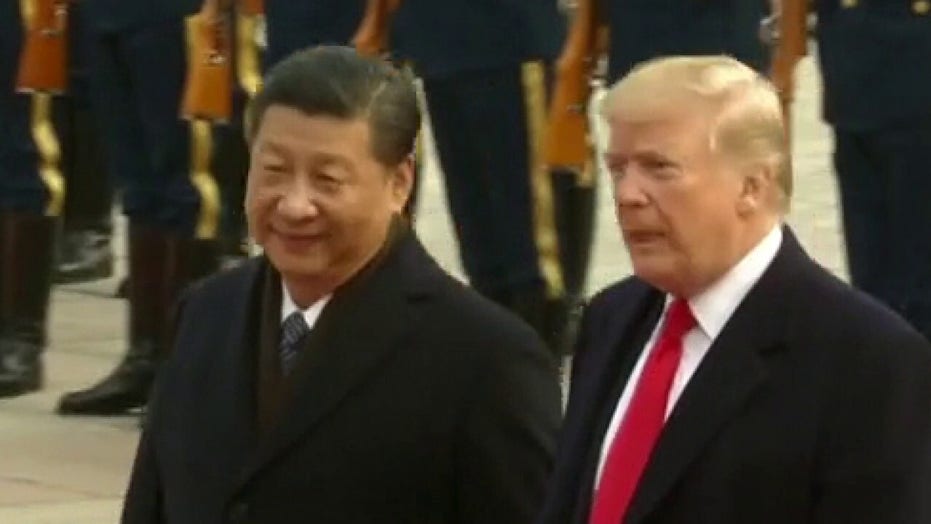 China tells US to close Chengdu consulate amid rising tensions

'The Hundred-Year Marathon' author Dr. Michael Pillsbury weighs in on relationship between U.S. and China.

A Chinese real estate mogul has been expelled from the Communist Party after he called President Xi Jinping “a clown,” with the party bringing charges of corruption against him.

Ren Zhiqiang reportedly disappeared in March following a scathing criticism he wrote over Xi’s handling of the coronavirus pandemic in China. Ren published an essay accusing Xi of covering up the early stages of the outbreak, saying that no one in the party “took responsibility,” the Independent reported.

“Standing there was not an emperor showing off his new clothes but a clown who had stripped off his clothes and insisted on being an emperor,” Ren wrote, not naming Xi specifically.

In this Dec. 3, 2012, file photo, Chinese real estate mogul Ren Zhiqiang poses for photos in his office in Beijing. Ren, former chairman of a state-owned real estate company who publicly criticized Chinese President Xi Jinping’s handling of the coronavirus pandemic has been expelled from the ruling Communist Party and will be prosecuted on corruption charges, the party announced Friday, July 24, 2020. (Color China Photo via AP)

The party shortly after launched an investigation, citing allegations of corruption and political misdeeds, including embezzlement from his state-owned company Huayuan Group, accepting bribery and abuse of power. The Discipline Inspection Commission in Beijing also said that Ren had “publicly published articles opposing the four basic principles” of the Communist Party.

The party accused Ren of “distorting party history” and showing disloyalty and dishonesty to the party.

Friends say they believe the probe against Ren was politically motivated and prompted by his essay, according to the Wall Street Journal. Ren has long been considered a symbol of dissent from Xi, regularly voicing his opinions on the government and party operations, and some believe that he is being used as an example to show that no one is above loyalty to the party.

The BBC once labeled him “China’s Donald Trump.” The party previously placed him on a probation for comments made online, shutting down his social media accounts.

“This is blatant political persecution,” Wang Ying, a retired entrepreneur and friend of Ren’s, said in a post on WeChat, The New York Times reported. “This is a rare good man, a good citizen who is responsible and ready to take responsibility, an entrepreneur who played his role and followed the law.”

The Times also reported that Xi told a meeting of business leaders on Tuesday that they should seek to “enhance their patriotism.”

“Patriotism is the glorious tradition of our country’s outstanding entrepreneurs in modern times,” he said, according to a transcript published by Xinhua, the official news agency.