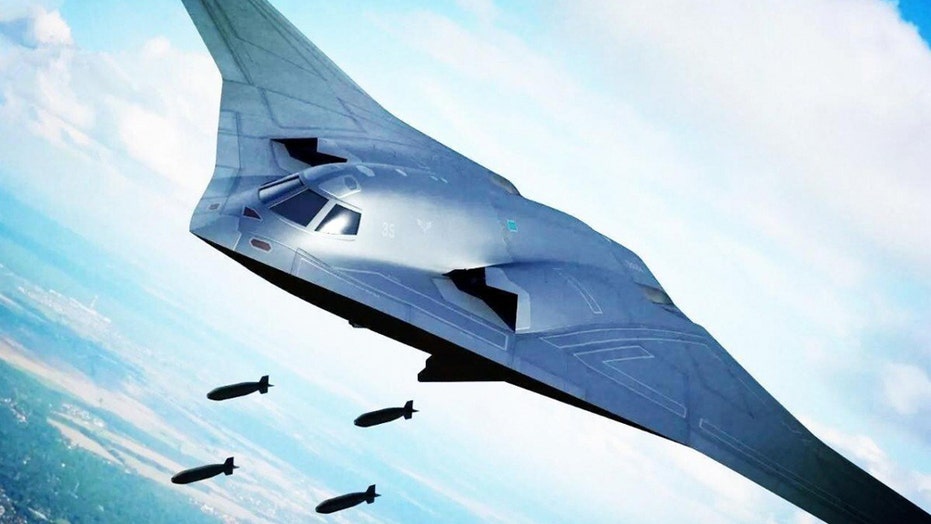 China's newest supersonic stealth bomber -- which doubles the country's strike range and completes its nuclear triad -- could be ready for rollout later this year but Beijing has purportedly been weighing the step and what it could mean for escalating regional tensions brought on by the coronavirus pandemic.

The highly-hyped Xian H-20 puts Australia, Japan, and the Korean peninsula all within shot and could spell trouble for the United States down the line.

"If the H-20 does have the range and passable stealth characteristics attributed to it, it could alter the strategic calculus between the United States and China by exposing U.S. bases and fleets across the Pacific to surprise air attacks," National Interest reported.

The H-20 is a strategic bomber along the lines of the B-2, B-21, or the Russian PAK DA, according to a report from the Defense Intelligence Agency.

An artist’s impression of what the H-20 may look like. Photo: Weibo

The H-20 would give China what only the United States and Russia have --a nuclear triad, or a three-pronged military force structure that can launch nuclear attacks from the air, land, and sea. China, Russia, and the U.S. are the only three countries that have the needs and resources to develop huge strategic bombers that can strike targets across the globe.

DIA director, Lt. Gen. Robert P. Ashley Jr., said in a 2019 speech that "China is likely to at least double the size of its nuclear stockpile in the course of implementing the most rapid expansion and diversification of its nuclear arsenal in China's history."

In 2018, China launched more ballistic missiles for testing and training than the rest of the world combined.

"We expect this modernization to continue and this trajectory is consistent with Chinese President Xi's vision for China's military, which he laid out at the 19th Party Congress and stated that China's military will be 'fully transformed into a first-tier force' by 2050," Ashley said.

He added that China's H-20 demonstrates the country's "commitment to expanding the role of (the) centrality of nuclear forces in Beijing's military aspirations," adding that while China's overall arsenal is smaller than Russia's, it is just as concerning.

WHAT IS OPLAN 5029? THE 'MISSION IMPOSSIBLE'-STYLE PLAN IN PLACE TO SECURE NORTH KOREA'S NUKES

The H-20 could make its first public appearance in November, during Zhuhai Airshow, if the coronavirus pandemic is under control by then.

"The Zhuhai Airshow is expected to become a platform to promote China's image and its success in pandemic control - telling the outside world that the contagion did not have any big impacts on Chinese defense industry enterprises," one source told South China Morning Post.

Another claimed Beijing's leadership is still "carefully considering whether its commission will affect regional balance, especially as regional tensions have been escalating over the COVID-19 pandemic.

"Like intercontinental ballistic missiles, all strategic bombers can be used for delivering nuclear weapons ... if China claimed it had pursued a national defense policy which is purely defensive in nature, which would it need such an offensive weapon."

In October 2018, Chinese state-run media announced that the People's Liberation Army Air Force (PLAAF) would publicly unveil the H-20 bomber during a parade celebrating the air division's 70th anniversary in 2019.