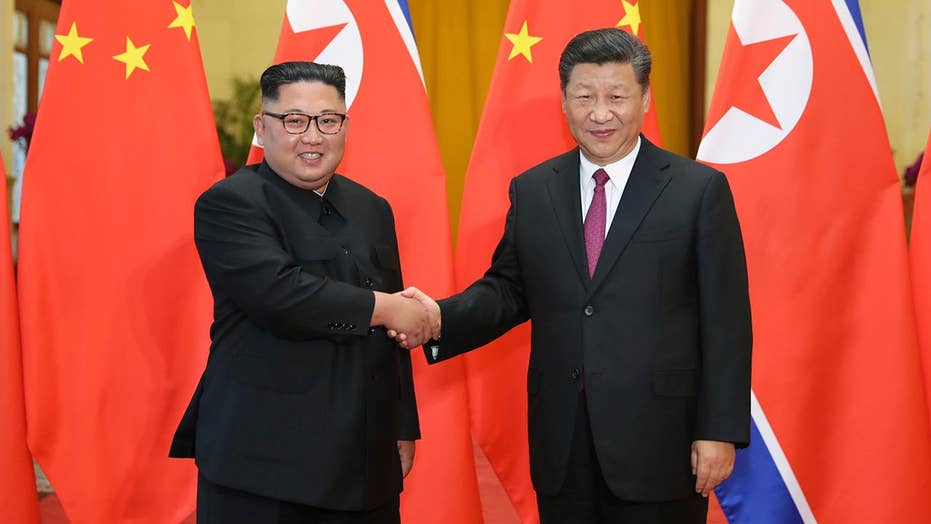 Xi's visit to Pyongyang would be his first to the North Korean capital since 2012 when he took power, Reuters reported, citing Singapore's Straits Times.

The trip would also be 13 years after the last visit by a Chinese president, the report said. Hu Jintao, Xi's predecessor, visited in 2005.

North Korea's celebrations are scheduled for Sept. 9, the paper reported. But Xi's visit could still be subject to last-minute changes, the report said.

The Chinese foreign ministry did not immediately respond for comment.

Kim has visited China three times so far this year -- twice before the Singapore summit with President Trump and the third time a week after. Their discussions primarily involved economic reform and cooperation between the two nations, according to Reuters.

China is North Korea's only major ally, although trade between them has plummeted in recent months as Beijing enforces United Nations economic sanctions in response to the North's nuclear bomb and ballistic missile tests.

Earlier this month, U.S. Secretary of State Mike Pompeo warned Russia, China and other nations against any violation of international sanctions on North Korea.

Pompeo had said Washington would take seriously any action that reduces pressure on the North to abandon its nuclear weapons.