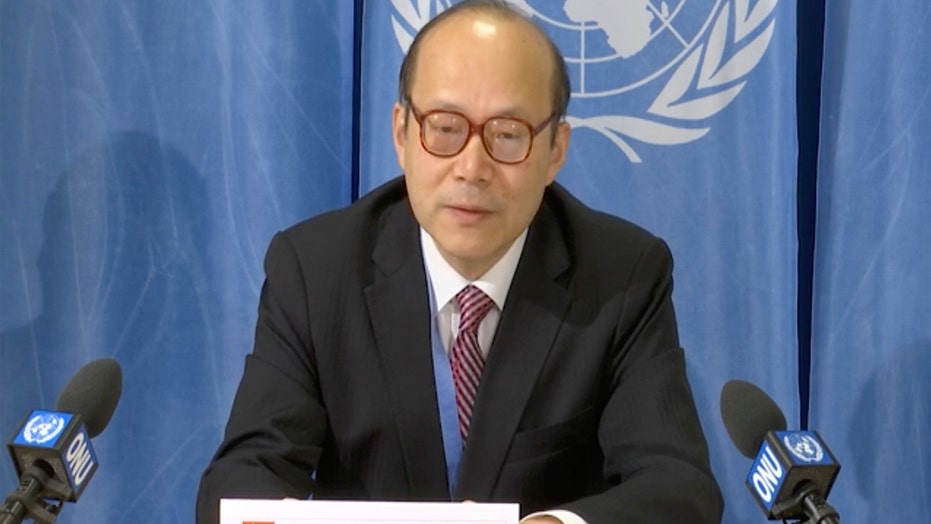 China could soon win control of the World Intellectual Property Organization (WIPO), an influential United Nations specialized agency that oversees, registers and protects a bounty of patents and intellectual property.

In light of this possible development, senior members of the Trump administration have recently expressed concern over this latest challenge posed by Beijing at the world body.

“The US believes that giving control of WIPO to a representative of China would be a terrible mistake,” Peter Navarro, assistant to the President for Trade and Manufacturing Policy, wrote in the Financial Times last week.

He added that Chinese IP theft costs the U.S. economy between $225 billion and $600 billion annually, as well as costing Europe billions in Euros.

Navarro’s sentiments were echoed by the nation’s top diplomat, Secretary of State Mike Pompeo, who recently told reporters he was tracking the WIPO election very closely.

“The Chinese have stolen hundreds of millions of dollars of intellectual property,” from the U.S., he said, adding that they are “engaged in lots of conversations,” on this election.

The election for WIPO's director general post is being held over two rounds, the first being next Friday in Geneva, Switzerland. There, an 83-member committee will whittle down the 8 candidates running to one -- and recommend that candidate to its General Assembly in May. China’s Wang Binying, presently a deputy director general at the agency, is viewed as one of the leading candidates.

James Pooley, former deputy director general of WIPO, told Fox News the potential of a Chinese victory could be costly and the U.S. should act.

“The U.S. cannot afford to have the world’s most rapacious trade secret thief send in one of its own to run this institution," he said. "We have to make it clear that any Chinese candidate is simply unacceptable.“

Pooley said the administration should make it clear that if China’s candidate is successful, the U.S. must consider pulling out of the Patent Cooperation Treaty (PCT.)

“WIPO runs the international patent system called the PCT, and each year it receives over 250,000 patent applications, of which more than 50,000 come from U.S. inventors," Pooley said. "All of that information is supposed to be kept secret until the applications are published 18 months after filing.”

The former WIPO employee said while its computer systems are well protected against outside hacking attacks, at the same time, he warned this isn’t true for an insider who has the key.

“The director-general is effectively a dictator, with virtually unchecked authority over every aspect of the agency’s operations," Pooley said.

Brett Schaefer, a leading expert on the U.N. at the Heritage Foundation, recently authored a report on WIPO and told Fox News the U.S. is much more engaged than during previous elections, notably last year’s election at another UN specialized agency -- the Food and Agriculture Organization (FAO) -- where the Chinese candidate won.

“The U.S. appears to have learned its lesson from last year’s FAO election and has been heavily engaged diplomatically in Geneva for months and is supplementing that effort with high-level interventions from the secretary of state and other senior U.S. officials,” he said. “If Wang Binying wins, it will not be from a lack of effort, flexibility, or attention on the part of the administration.”

Schaefer added: “The U.S. has focused on these substantive arguments, which are ultimately more convincing than political arguments to countries who have legitimate interests in WIPO fulfilling its mission and purpose."

THE 5 MOST POWERFUL ARMIES IN THE WORLD

According to Schaefer’s recent report, most major corporations, research institutions, universities, and inventors use the PCT system, and those fees make up almost 75 percent of WIPO’s financing, making its projected operating income around $903 million for 2020/21, $860 million from fees alone.

While the Chinese mission to the United Nations in New York did not respond to Fox News for comment, the Associated Press reported its ambassador to the UN in Geneva, Chen Xu condemned the Americans for trying to block its candidate saying the U.S. action was an “attack against China’s candidature.”

Edward Flaherty, a lawyer who has represented whistleblowers from across the UN system, including at WIPO, told Fox News that unless its structure is radically altered, “it will continue to be seen by some as a rogue organization unanswerable to any oversight authority, free to do as it pleases. “

He noted that WIPO has been involved in several scandals in recent years overseen by the last two director generals.  Those included the use of false travel documents, the shipment of sophisticated IT equipment to North Korea and Iran and interference in the procurement process, as well as its treatment of whistleblowers.

“Unless and until WIPO's government structure is radically altered, it will continue to be seen by some as a rogue organization unanswerable to any oversight authority, free to do as it pleases," he said.  “With so much at stake for inventors and investors around the world, handing the keys to WIPO to a Chinese national likely beholden to its Communist minders in Beijing spells double trouble at WIPO."

Adding fuel to fire of concerns about Chinese intellectual property theft and unrelated to the WIPO election, last month FBI Director Christopher Wray said the agency was investigating around 1000 cases of Chinese technology theft across its 56 field offices.