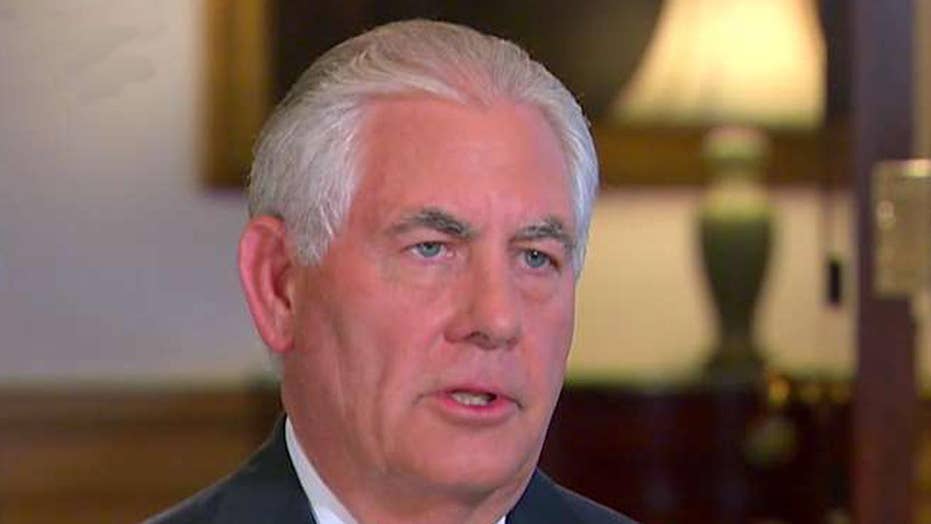 China has threatened Pyongyang with sanctions if the rogue government continues to disregard calls to stop conducting nuclear tests, which are seen as a provocation to its regional neighbors and the U.S, U.S. Secretary of State Rex Tillerson said.

Tillerson, in an interview with Fox News on Thursday, said that China’s commitment to implement sanctions on their own accord and that North Korea is aware.

"We know that China is in communications with the regime in Pyongyang," Tillerson said. "They confirmed to us that they had requested the regime conduct no further nuclear test."

Although China’s foreign ministry did not immediately comment on the secretary’s remarks, a spokesman said  that Beijing remains committed to employing sanctions imposed under U.N. Security Council resolutions.

The potential for joint pressure on North Korea comes just as tensions in the region reach new heights. Earlier Thursday, the senior U.S. Navy officer overseeing military operations in the Pacific said the crisis with North Korea is at the worst point he's ever seen.

"It's real," Adm. Harry Harris Jr., commander of U.S. Pacific Command, said during testimony before the Senate Armed Services Committee. He added that although U.S. intelligence agencies are unsure how far along North Korea’s nuclear missile program is but he has no doubt that North Korean leader Kim Jong Un intends to fulfill his pursuit of a nuclear-tipped missile capable of striking the United States.

Although China has consistently called for an end to North Korea's nuclear weapons program, it opposes unilateral sanctions imposed without a U.N. mandate.

The House GOP leadership announced late Thursday that it would vote next week on new sanctions against North Korea that would target its shipping industry and those who employ North Korean slave labor abroad.

"The time for waiting on North Korea to get its act together is over. Congress has led the effort to institute tough and far-reaching sanctions against Pyongyang," said House Majority Leader Kevin McCarthy, R-Calif.

In the meantime, the U.S. has sent a massive amount of American weaponry to the region. A group of American warships led by the aircraft carrier USS Carl Vinson is in striking range of North Korea "if the president were to call on it," Harris told the committee. A U.S. missile defense system called Terminal High-Altitude Area Defense is being installed in South Korea.

Harris said he has adequate forces to "fight tonight" against North Korea if that were to become necessary.

The Assoicated Press contributed to this report.