Gordon Chang on China armed conflict report: 'There is no basis to think the US wants arm conflict with China'

A new internal report in China warns of a possible armed conflict with the U.S. over the handling of the coronavirus outbreak. Fox News spoke with Asia Analyst Gordon Chang about the report, saying ‘There are no circumstances where the US wants to go to war with China.’

China on Thursday seized on comments made by a New Jersey mayor that he had contracted the novel coronavirus as early as November -- a claim that, if true, would throw the U.S. and Beijing's timelines about COVID-19 into disarray.

Lijian Zhao, a spokesman for China's foreign ministry who has been at the center of pushing back against the U.S., quoted a Chinese spokeswoman in a tweet, saying: "More reports on previously undiscovered COVID-19 cases are emerging. New Jersey mayor was infected in November; 171 cases in Florida by January & NONE had been to China. What else hasn't been revealed in the U.S.?"

Belleville Mayor Michael Melham told Fox News on Thursday that he became symptomatic after he returned in November from a conference in Atlantic City, two months before the first confirmed U.S. case was recorded in Washington state. He said multiple people from the conference have contacted him and said they, too, were experiencing extreme flu-like symptoms. At the time, there were no tests for COVID-19 but Melham said whatever he had hit him hard and made him feel "like a heroin addict going through withdrawals."

"I didn't know what was happening to me," he said. "I never felt that I could be so sick."

He said he recently asked his doctor to test his blood for COVID-19 antibodies and that the test had come back positive.

"We all hear about how COVID-19 didn't really exist here in the U.S. until January," Melham said. "That is obviously not the case. I am living, breathing proof that we were all dealing with it months earlier."

Melham knows his health claims play into the hands of Beijing, which has launched an aggressive public relations campaign to pin the spread of the coronavirus on the United States.

The U.S., in turn, has accused China of failing to act quickly to contain the virus, claiming the country silenced doctors and whistleblowers during the early days of its spread, leading to the global pandemic that has infected 3.7 million people and killed more than 264,000 worldwide. 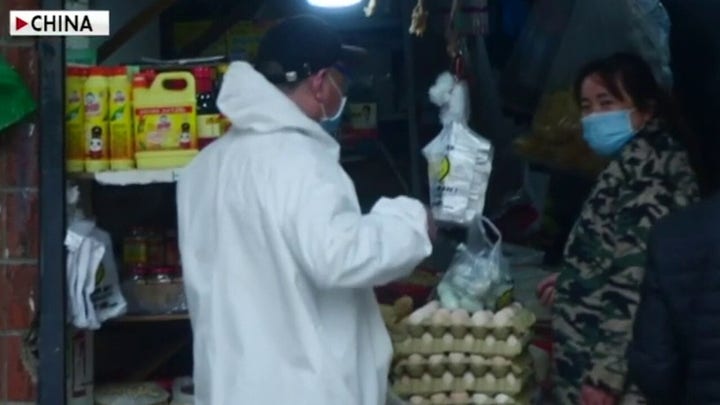 A new genetic study out of London this week suggested the coronavirus spread quickly after it emerged in China as early as October.

Melham, born and raised in Belleville, a township in New Jersey's Essex County, had previously served as a councilman from 2000 to 2004 and returned to public service in 2018. He said he's received some pressure on social media to dial back his comments but said he knows he has a public platform and a responsibility to the people who elected him to tell the truth.

"I am somebody with a voice because I am a mayor," he said. "My city has been ravaged by this thing."

New Jersey as of Thursday morning had 131,890 coronavirus cases and 8,549 deaths, the second-highest amount on both counts in the whole country after New York.

Not everyone is on board with Melham's COVID-19 claims and some, like NJ Advance Media's Jeremy Schneider, have faulted the mayor for coming forward.

"New Jersey is in crisis," Schneider wrote. "There is no room for conjecture right now, especially from public officials, who should be keeping all our little panic planes grounded in fact."

China has also heralded new health data from Florida that showed as many as 171 people in the state had the deadly virus as early as January. The records, obtained and analyzed by The Palm Beach Post, don't say if patients reported the symptoms to the state until months later or if local officials of the health department investigated the virus at the time or if it was a combination of both.

The state pulled the records off its website late Monday without any explanation.