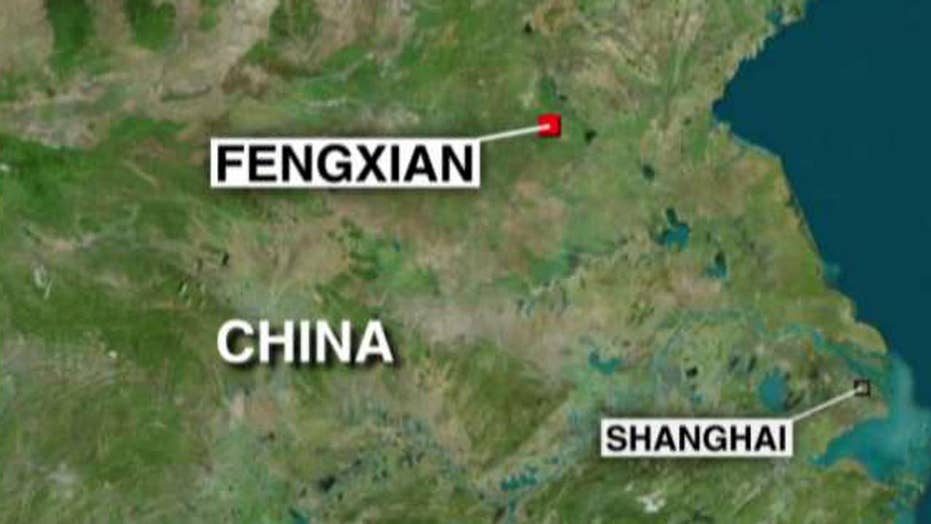 Explosion at kindergarten in China

Several people believed dead, authorities not sure if blast was intentional

A suspect has been identified in an explosion at the entrance of a kindergarten in eastern China on Thursday, the official Xinhua News Agency reported.

Police were investigating the situation as a criminal act and "targeted" a suspect.

At least eight people were killed and 65 others were injured when a gas cylinder at a roadside foot stall exploded near the entrance of Chuangxin Kindergarten in Fengxian, located in Jiangsu province, at 4:50 p.m. local time, according to local authorities and Xinhua.

Two people died at the scene and six others died at the hospital, Xuzhou government said. At least four people suffered serious injuries. No details have been given on the victims.

Videos and photos from the scene showed people, including children, lying on the ground, with some covered in blood, according to the South China Morning Post.

It's unclear if the explosion was deliberate.

Kindergartens in China have been targeted before in apparent revenge attacks carried out by people bearing grudges against their neighbors and society.

In 2010, nearly 20 children were killed in attacks on schools, prompting a response from top government officials and leading many schools to beef up security with the posting of guards and the installation of gates and other barriers. Last year, a knife-wielding assailant injured seven students outside a primary school in a northern city.

China maintains tight control over firearms and most attacks are carried out using knives, axes or homemade explosives.