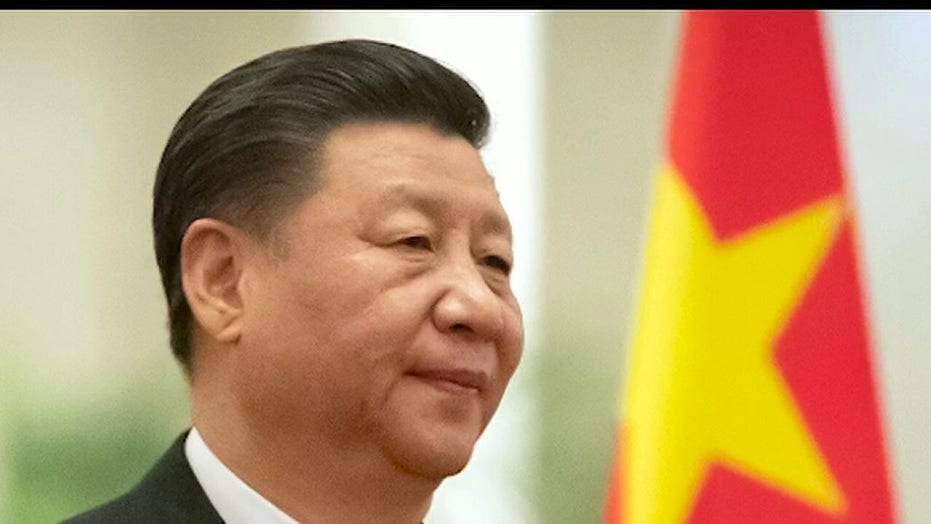 Ari Fleischer weighs in on reports that Chinese hackers are trying to steal coronavirus data from the U.S. to bolster China

Chinese authorities on Sunday arrested a constitutional lawyer for posting an open letter on social media that criticized the government’s handling of the coronavirus pandemic and its suppression of free speech, according to reports.

In his letter posted on WeChat, Zhang Xuezhong, 43, said China’s absence of nonstate media and the prevention of medical experts from providing advice to the public showed that “the government’s long-term tight control society and people has almost completely destroyed the organization and self-help capabilities of Chinese society.”

Chinese President Xi Jinping delivers an important speech at a symposium on securing a decisive victory in poverty alleviation in Beijing. (Ju Peng via Getty Images)

He denounced China’s government as backward and said “the outbreak and spread of the COVID-19 epidemic is a good illustration of the problem.”

“The best way to fight for freedom of expression is for everyone to speak as if we already have freedom of speech,” Zhang wrote on the WeChat post alongside the letter.

The letter, addressed to the National People’s Congress (NPC), was circulated online, according to the South China Morning Post.

The next day, three police cars arrive at this house in Shanghai and arrested him, Wen Kejian, an independent political analyst, told the paper.

Zhang’s arrest has highlighted China’s zero-tolerance approach to dissidents. Since the outbreak of COVID-19 late last year, hundreds of people, including doctors, journalists and lawyers, have been arrested in China for merely speaking out about the virus, according to reports from human rights activists.

A security guard carries supplies past a reopened restaurant in Beijing Tuesday, May 12, 2020.  (AP)

Statistics cited by China Digital Times show that between Jan. 1 and April 4, nearly 500 hundred individuals were charged with crimes for speaking out.

In some cases, the “speaking out” appeared completely innocuous. Last month, a lawyer in China’s Henan province was punished for reposting an article about long lines at a funeral home in Wuhan, where the virus originated.

CHINA PUT PRESSURE ON WHO TO SCALE BACK CORONAVIRUS WARNING TO STOCKPILE, CIA BELIEVES: REPORT

Many doctors, too, have been silenced for trying to raise an alarm on the threat posed by the coronavirus. Most egregiously, perhaps, was the case of Dr. Li Wenliang, a 34-year-old ophthalmologist at Wuhan Central Hospital in China’s Hubei Province who was reprimanded by authorities for trying to warn others about the disease in late December.

Li was “summoned” by police and forced to sign a letter stating that he made false comments about the virus. His ironic death from the virus at a hospital in Wuhan – where he treated patients and likely contracted the virus – renewed longstanding anger about the communist party’s alleged lies and suppression of information in the country.

RSF estimates that China has approximately 100 Chinese journalists in jail – the highest number in the world.

The coronavirus the originated in China has crippled the global economy as nations have scrambled to mobilize their resources to combat the pandemic.

As of Wednesday, there are more than 4.3 million confirmed cases with some 295,540 deaths, according to the latest figures from Johns Hopkins University.