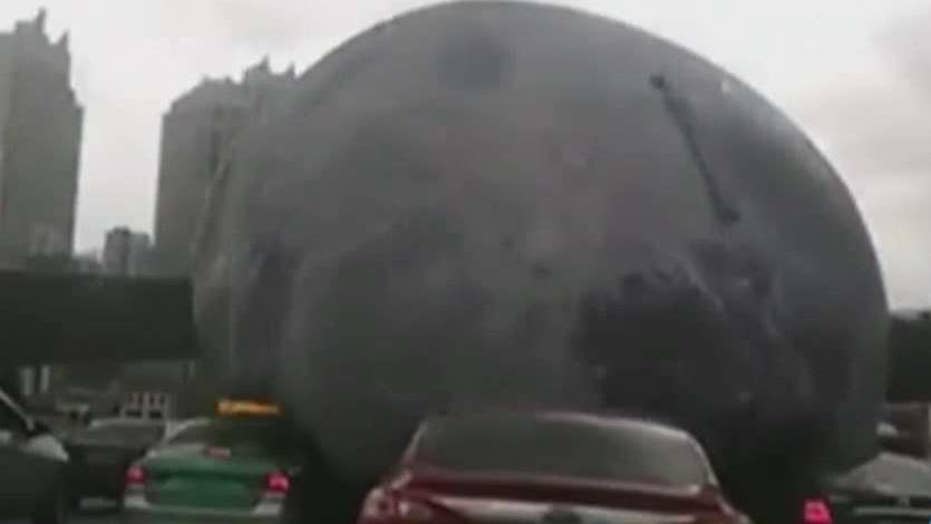 The partially deflated moon was blow loose by storm winds

Drivers in China braced for wind, rain, and a giant bouncing balloon.

Video showed the inflatable "moon" blob rolling down streets and bouncing right over cars Wednesday -- after an approaching typhoon reportedly knocked it loose.

The "moon" didn't appear to trigger any serious damage in the southeastern city of Fuzhou. Witnesses were heard screaming and laughing.

The balloon appeared to be a decoration for Thursday's start of the three-day Mid-Autumn Festival in both mainland China and Taiwan.

Chinese meteorologists downgraded the storm, named Meranti, from a super typhoon to a tropical depression Thursday afternoon and said they expected it to fade further as it moved north.

Weather officials in both China and Taiwan said Meranti was the strongest storm of its kind this year. Strong winds and rain shattered windows on tall buildings, knocked down trees and disrupted water supplies in China's Fujian province, causing a widespread blackout in the coastal city of Xiamen.