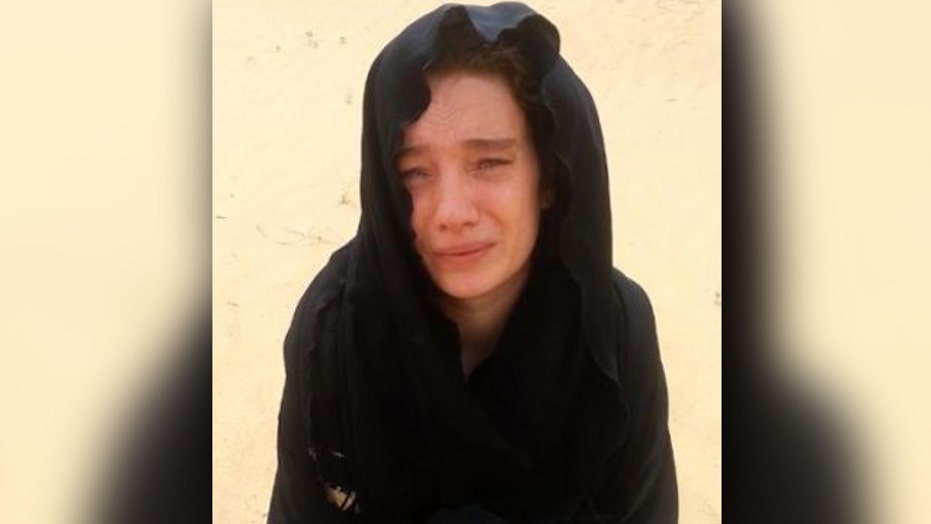 French hostage held in Yemen pleads for her release

BONN, Germany – A French woman held hostage in Yemen appeared for the first time in a video that surfaced on Monday, appealing for her release.

Isabelle Prime, who works as a consultant with ties to the World Bank, was abducted from Sanaa along with her Yemeni translator in February. The translator was released shortly afterward, but there was no word until now on Prime.

In her first video since her disappearance, Prime appeared to be under severe duress -- sitting in the desert dressed in a black robe and looking frail and anguished. She addressed French President Francois Hollande and Yemeni President Abed Rabbo Mansour Hadi by name, saying, "please bring me to France fast because I am really really tired."

The video of Prime was viewed by The Associated Press on Monday. The identity of her captors remains unclear, but Yemen, the Arab world's poorest nation, is home to one of the most active and dangerous branches of Al Qaeda.

French Foreign Ministry spokesman Romain Nadal said his government has verified the authenticity of the video and that it was filmed in April. Nadal said officials from the ministry will meet with the Prime family on Tuesday.

He told AP that the French government is "mobilized to obtain the release" of Prime.

Yemen has descended into civil war with Shiite rebels in control of the capital, Sanaa, and several other cities. The rebels, known as Houthis, are supported by Iran and allied with army units loyal to the country's ousted President Ali Abdullah Saleh. Hadi, the internationally recognized president, has been forced to flee the country.

A military coalition led by Saudi Arabia began conducting airstrikes against rebel positions on March 26, but two months of bombing have done little to push back the rebel forces. The airstrikes and ground-level violence have killed more than 1000 civilians and displaced a half million people.

On Monday, coalition warplanes bombed the capital, targeting weapon depots hidden in nearby Noqoum mountain. An Associated Press video showed heavy smoke rising from the mountain as sounds of explosions rocked the area.