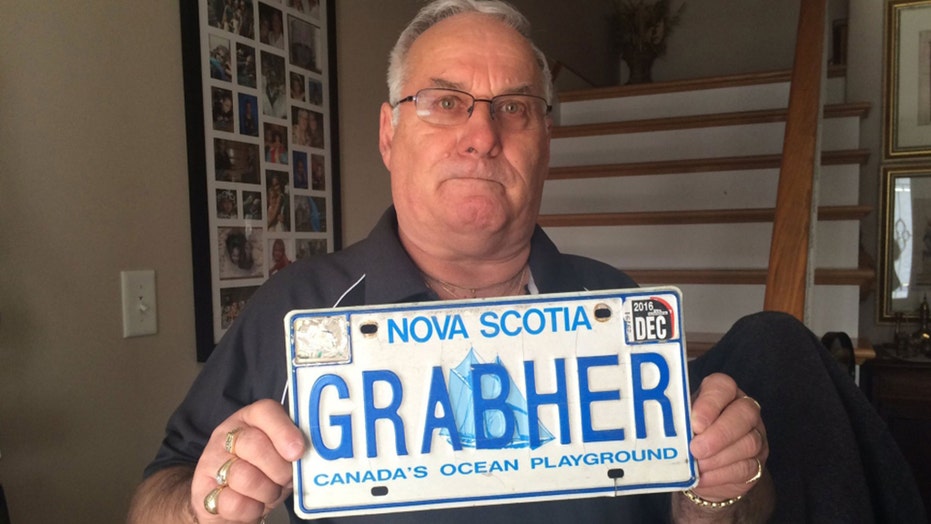 A Canadian man is set to appeal a new court ruling that revokes his vanity license plate that bears his last name: Grabher.

Lorne Grabher, of Nova Scotia, claims he has been using his family name on his license plate without incident for nearly three decades.

Lorne Grabher, of Nova Scotia, Canada, is fighting to keep his last name on his vanity license plate. (Courtesy of Lorne Grabher)

According to reports, the Department of Motor Vehicles first approved the “GRABHER” license plate around 1990 and has renewed it without issue ever since.

However, in 2016, an anonymous person complained about it to the Department of Motor Vehicles, claiming it promoted hated against women. In response to the complaint, the license plate was canceled.

Grabher and his attorneys have demanded the license plate be reinstated, claiming the decision was “discriminatory," “unreasonable” and a violation of free expression.

In January, the Nova Scotia Supreme Court ruled license plates are not “public spaces” with a history of free expression and that this particular plate was recalled because it could be interpreted as a socially unacceptable statement without the benefit of further context, which it does not provide.

“The decision is not about whether Mr. Grabher’s surname is offensive – it is not,” Justice Darlene Jamieson wrote her in her decision, according to the Canadian Press. “The primary function of a license plate is not expression but is identification and regulation of vehicle ownership. A license plate by its very nature is a private government space."

The Justice Centre for Constitutional Freedoms, who is supporting Grabher, claimed in a statement Monday the license plate is “an expression of the Grabher’s family pride over three generations, reflecting their German-Austrian roots and heritage.”

“There was no evidence that anyone, including the anonymous complainant, had suffered any harm as a result of the plate,” Jay Cameron, who represents Grahber, said in the statement. “There is no evidence that censoring Mr. Grabher’s name after 27 years of use on a license plate makes anyone safer.”