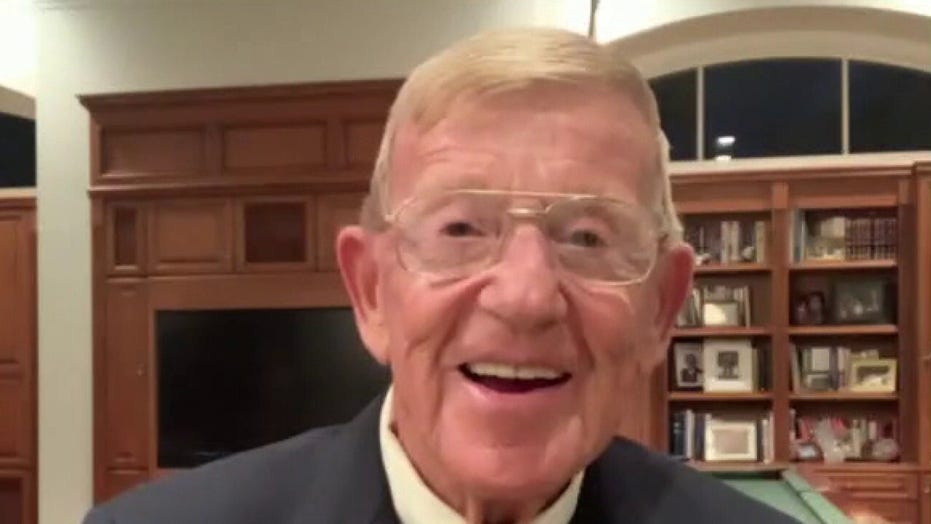 Lou Holtz: Improvements in COVID testing made it possible for Big Ten to play in 2020

Lou Holtz reacts to the Big Ten reversing policy and returning to play college football this season, and if it will impact the election.

Canadian health officials have announced a new coronavirus test that consists of gargling and spitting, according to reports.

In the much less-invasive test, the patient uses a saline solution to “swirl, gargle and spit," the Guardian reported. The test is the first of its kind in the world, and could provide an easier means of testing mass populations in an effort to return to normal.

“Unlike the nasopharyngeal swab, this is a new saline gargle where you put a little bit of normal saline water in your mouth, you swish it around a little bit – and you spit it into a little tube. And that’s an easier way to collect it for young people,” Dr. Bonnie Henry, British Columbia’s top doctor, told reporters.

The British Columbia Center for Disease Control rolled out the new test, initially aimed at children but possibly for adult use as well. Henry said the government plans to roll the test out to all available sites, but it doesn't require a health professional to administer, Global News reported.

“It’s an easier way to collect it for young people,” Henry said. “We want to have it available for everybody, but right now the focus is on children for reasons of supply.”

EDUCATION SECRETARY DEVOS WARNS ABOUT WAVE OF PRIVATE SCHOOL CLOSINGS: 'THAT'S A CRISIS IN THE MAKING'

The government believes the test will allow schools to safely return students to in-person attendance sooner rather than later.

Easy testing is attractive, but the test itself may not be up to standard. Dr. Mel Krajden, medical director for the BC Centre for Disease Control, warned.

Saliva samples are inconsistent compared to other sample types, according to CBC.

"What we need to be thinking through is what is the best mixture of tests and how are they best supplied?" Krajden said. "You want to have the right balance between convenience and sensitivity."

In particular, saliva consistency varies, making it difficult to obtain high-quality samples. Consistency is key, according to Krajden.