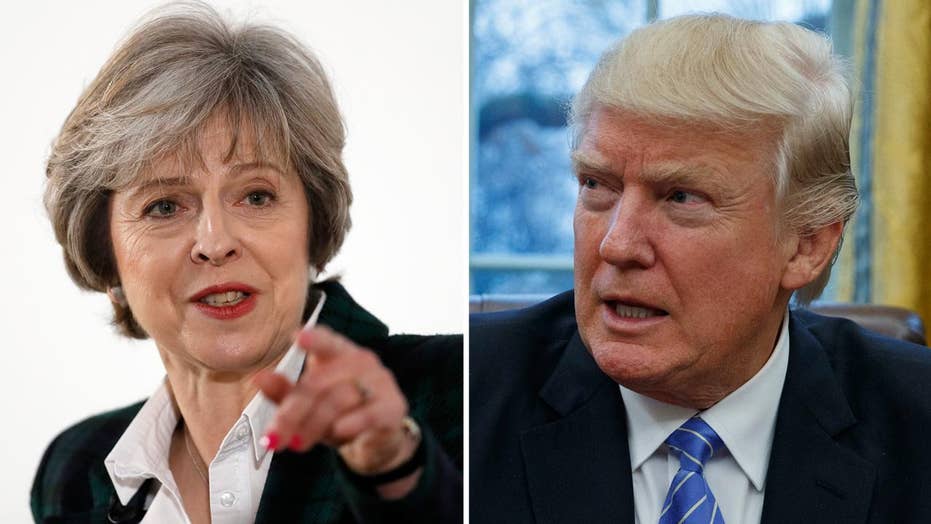 Will Trump revitalize the 'special relationship' with UK?

Insight from Nile Gardiner, director of the Margaret Thatcher Center for Freedom at the Heritage Foundation

LONDON – A senior British lawmaker, reacting to comments by U.S. President Donald Trump, says Britain does not condone torture "under any circumstances whatsoever."

David Davis, the Brexit secretary overseeing Britain's withdrawal from the European Union, made the comments to Parliament on Thursday as Prime Minister Theresa May headed to the U.S. to meet with Trump.

Trump used his first television interview in the U.S. to voice his belief that torture "absolutely" works and condoned its use in fighting Islamist terrorism.

May is due to meet with Trump, the first foreign leader to do so, on Friday in Washington.