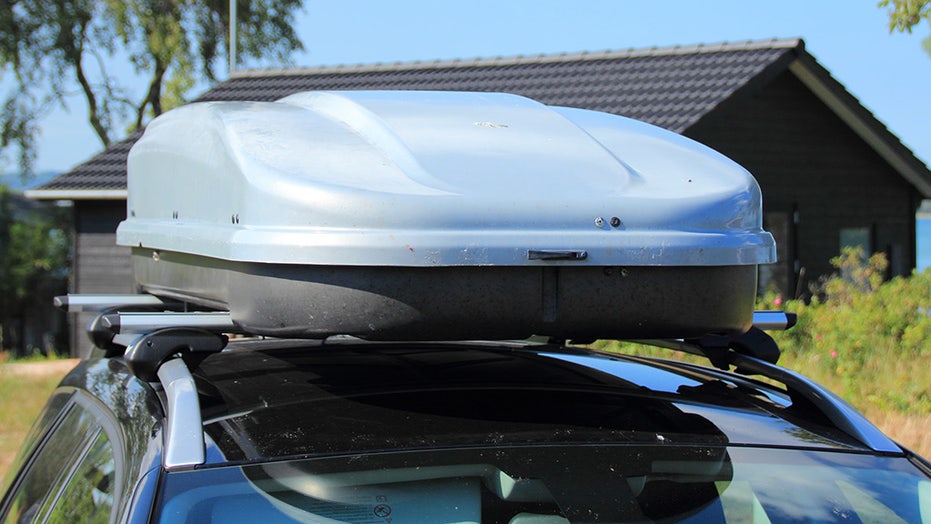 A vacationing British family got the shock of a lifetime when they found two young migrants hiding in a storage box atop their car, video shows.

The two-minute clip, posted Tuesday on Twitter, shows the moment a British family made the startling find as they stopped at a gas station in Normandy, France.

A man then launched into a expletive-laced tirade as the migrant hopped off his car, knocking out what appeared to be a laptop computer, video shows.

The pair of migrants – identified as two 16-year-olds from Eritrea and Guinea, according to France’s The Local – then start to walk away as the family demands they empty their pockets while taking stock of their belongings, video shows.

“Where’s our stuff?” one young man asks before a woman in the family says that there’s “nothing there” in the storage box where they were just found. The young migrants then disappeared into nearby shrubs along the highway, video shows.

The couple, who just arrived in France with their two children, then asks for help from a bystander, video shows.

The family later told police as they filed a theft complaint that they stayed in Calais, France, the night before and suspect that’s where the two migrant teens got into their car, believing they were headed to the U.K. based on their British plates, The Local reports.

The migrants were later taken into custody by police, but they were released after prosecutors in Dieppe issued a care order and social services refused to take them, The Local reports, citing French media outlets.

This article first appeared on the New York Post.