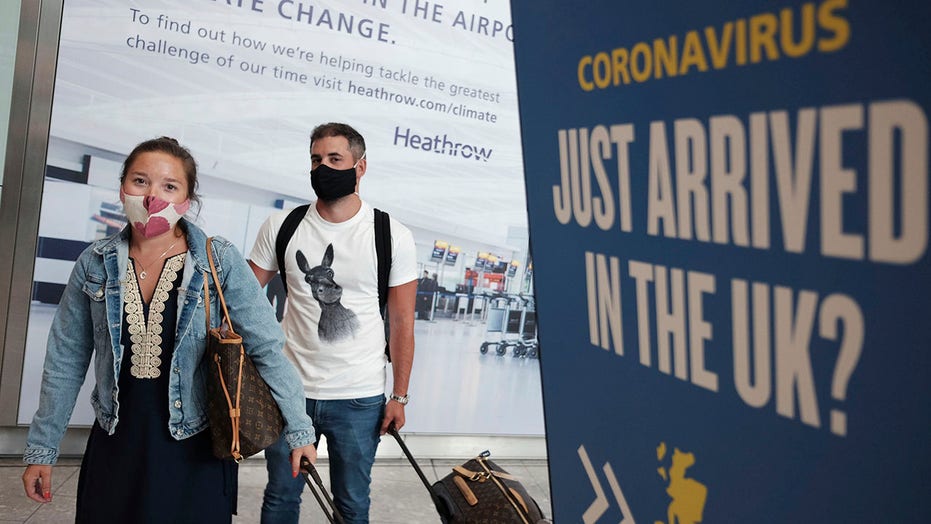 As coronavirus cases rise across Europe, the British government has banned gatherings of more than six people in England in measures that could last through the year.

The limits are set to stay in place for the “foreseeable future,” potentially until or even through Christmas, British Health Secretary Matt Hancock said Wednesday.

The new restriction bans large groups from meeting socially indoors and outdoors. It will not apply to schools, workplaces or weddings, funerals, and sports events that are deemed COVID-secure, the BBC reported.

Hancock also said pubs and restaurants will be legally required to take the contact details of every customer for purposes of the government's test and trace program.

The British government said tighter restrictions were needed after the number of daily laboratory-confirmed positive cases hit nearly 3,000 on Sunday. The figure dipped Tuesday to 2,460.

The other nations of the U.K. — Scotland, Wales and Northern Ireland — have not followed suit though they also have their own different limitations on gatherings.

The U.K. has Europe’s worst death toll from the virus, with nearly 41,600 deaths within 28 days of testing positive. The actual toll is believed to be far higher as the government tally does not include those who died without having been tested.

Passengers Charlotte and Frank, arrive at Heathrow Airport as they return from Mykonos in Greece, after the British Government added the island to the coronavirus quarantine list, at Heathrow, London, Tuesday Sept. 8, 2020. (Yui Mok/PA via AP)

The spike in U.K. cases follows big daily case increases in Spain and France, both of whom have seen rising numbers of COVID-19 patients being hospitalized since easing restrictions. Spain saw an average of 8,800 new cases a day over the weekend, and France has been recording over 5,000 a day.

Spain became the first Western European country to surpass 500,000 total positive infections, and has a death toll of 29,594, according to a tally by Johns Hopkins University. France has 373,718 total cases and 30,770 deaths.

The Czech Republic has also been facing a steep rise of new coronavirus cases with a record-setting daily increase of 1,164 on Tuesday, its Health Ministry said. The country has reported 29,877 cases since the pandemic began, with 441 deaths.

Bar and restaurant owners and workers protest against Covid-19 related restrictions in their sector in Madrid, Spain, Wednesday, Sept. 9, 2020. The Spanish capital, Madrid, has emerged as the most worrying source of new infections and regional authorities had announced new restrictions on social and family gatherings. Signs read 'Spanish hospitality industry'. (AP Photo/Paul White)

Health authorities in Prague have already imposed new restrictive measures that make it mandatory again to wear face masks in stores and set curfews for bars, restaurants, and night clubs.

Meanwhile, positive COVID-19 tests in Sweden have hit the lowest rate since the pandemic began, Reuters reported. Of the 120,000 tests carried out last week, just over 1,300 were positive.

Sweden drew sharp criticism for its strategy of avoiding a lockdown altogether as deaths spiked earlier this year. More than 5,800 have died in the country, many times higher than the death tolls in neighboring Nordic countries such as Denmark, which has reported 628.