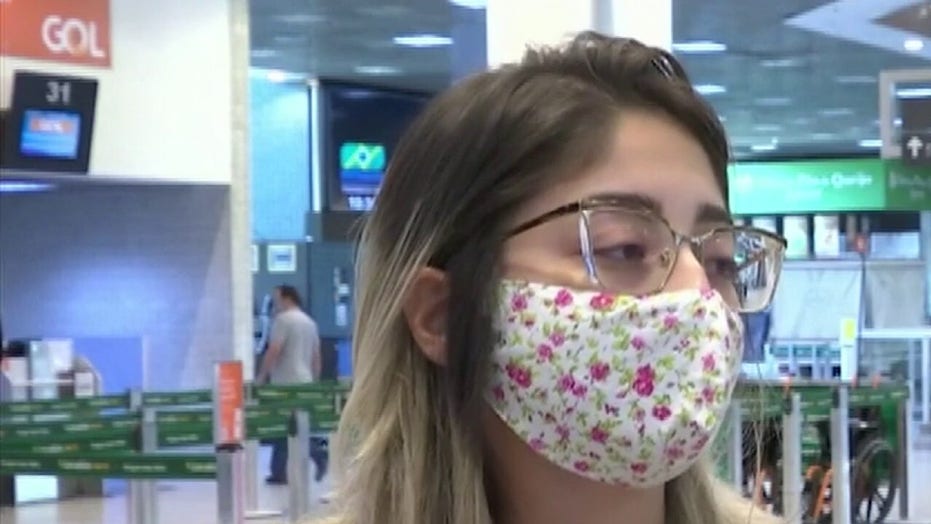 Foreign nationals will be temporarily banned from entering the U.S. from Brazil; John Roberts reports from the White House.

The Brazilian government has stopped publishing its running coronavirus cases and deaths in what critics allege is an attempt to hide the true extent of the pandemic within the country, The Associated Press reported.

The move came after months of criticism from experts who have said Brazil's statistics were too conservative and, in some cases, manipulated.

As of Sunday, Brazil had nearly 673,000 cases of the novel coronavirus with some 35,930 deaths, according to Johns Hopkins University, which has tallied the numbers. Its official figures put the country just behind the U.S. in terms of the number of cases, and third in terms of virus-related deaths. Brazil, with about 210 million people, is the globe's seventh-most-populous nation.

Funeral workers wearing protective gear as a precaution amid the new coronavirus pandemic push the remains of a COVID-19 victim into a funeral car at a field hospital in Rio de Janeiro. (AP)

On Friday, the federal Health Ministry took down a website that had been showing daily, weekly and monthly figures on infections and deaths in Brazil. On Saturday, the site returned but the cumulative numbers of infections for states and the nation were no longer there. Since then, the site has shown only the numbers for the previous 24 hours.

Brazilian President Jair Bolsonaro tweeted Saturday that disease totals were "not representative" of the country's current situation. Public prosecutors announced an investigation into the Health Ministry's justification for the change.

A Bolsonaro ally contended to the newspaper O Globo that at least some states had sent falsified data to the Health Ministry, implying that they were exaggerating the toll. Carlos Wizard, a businessman expected to assume a high-level post in the Health Ministry, said the federal government would conduct a review to determine a "more accurate" toll.

A council of state health secretaries announced it would fight the changes by Bolsonaro, who has downplayed the gravity of the coronavirus pandemic and tried to thwart attempts to impose quarantines, curfews and social distancing, arguing that the economic impact would be too significant.

"The authoritarian, insensitive, inhumane and unethical attempt to make the COVID-19 deaths invisible will not prosper," the health secretaries' council said Saturday.

While precise counts of cases and deaths have been difficult for governments worldwide, health researchers have been saying for weeks that irregularities with Brazilian statistics were making it impossible to get a handle on an exploding situation.