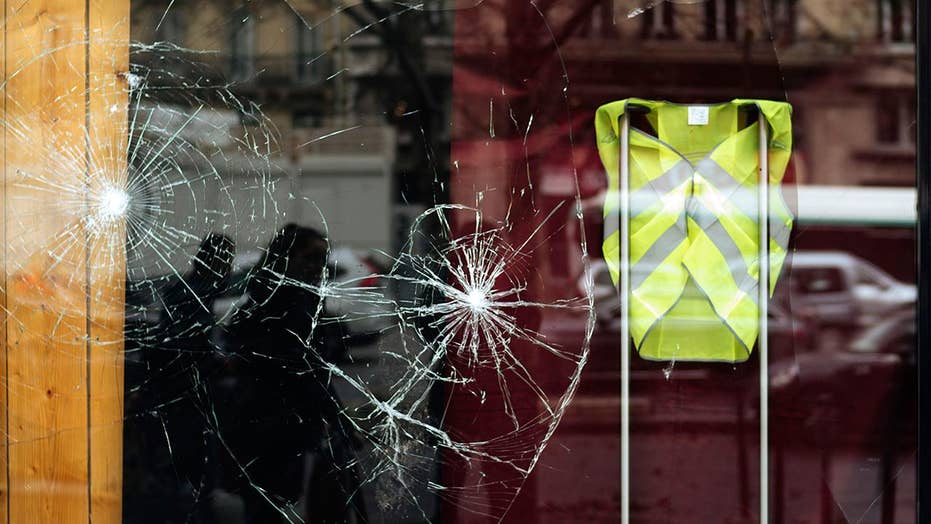 A former champion boxer-turned-“yellow vest” protester, who turned himself in after a video appeared to show him punching a French police officer, has had a fundraising page for his legal funds taken down.

More than $130,000 was reportedly raised for Christophe Dettinger on Leetchi, a gifting and fundraising website, before they removed the page over officials’ complaints. He was still in custody as of Tuesday, according to BBC.

Leetchi said it closed the page due to the number of pledges made, according to BBC. The website initially defended itself in hopes to remain neutral. However, officials likened the page to “legitimizing anti-police violence.”

“Contributing to a fundraising kitty to support someone who attacked an officer is tantamount to being an accomplice to these grave acts of violence,” said Marleen Schiappa, a French junior minister said.

Christophe Grébert, an anti-corruption activist, defended the fund, saying it was legal to ask for funds to help pay for court costs and added that the site’s suspension was a “bad signal for democracy.”

Dettinger, a former French light-heavyweight champion, was caught on video punching a police officer. He said he reacted “wrongly” after he and his family were tear-gassed during the protests.

Former French boxing champion, Christophe Dettinger is seen during clashes with French Gendarmes as part of a demonstration by the "yellow vests" on the passerelle Leopold-Sedar-Senghor bridge in Paris, France, January 5, 2019.  (REUTERS/Gonzalo Fuentes)

He claimed to be a “yellow vest” protester and has been to all waves of protests.

“I am a yellow vest. I have the anger of the people in me,” he said Sunday.

Paris has seen "yellow vest" protests for eight straight weeks. On Monday, Edouard Philippe, the French prime minister, announced the mobilization of around 80,000 police this coming Saturday. He also said the government wants to sanction protesters who don't officially register their protests.