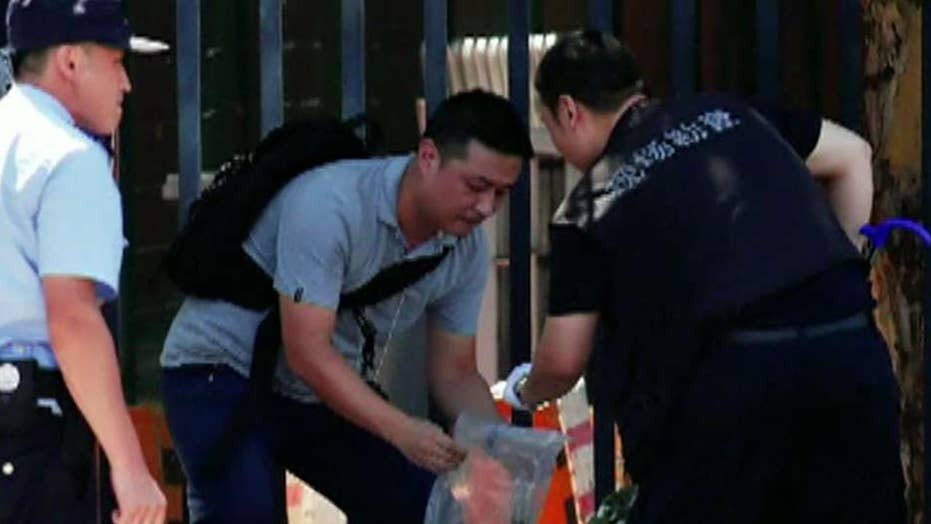 Small bomb explodes outside US embassy compound in Beijing

A small bomb was detonated outside the U.S. Embassy compound in Beijing on Thursday, the embassy told The Wall Street Journal.

The bomber, a 26-year-old man identified only by his surname, Jiang, injured his hand when the homemade firework device exploded, Chinese police said in a statement. No one else was reported injured.

Police said Jiang was from the city of Tongliao in the Chinese region of Inner Mongolia.

The embassy said in a statement that Jiang was the only person involved, and that no embassy property had been damaged.

Officials have not released a motive for the incident as they continue their investigation.

Bystanders shared video of the aftermath on social media, showing images of smoke unfurling in the street and what appeared to be police vehicles surrounding the building in the city's Chaoyang District.

The blast occurred around 1 p.m. local time and could be heard from blocks away, The New York Times reported.

Witnesses told Reuters they felt tremors, and later saw police examining a vehicle outside the compound.

Neither the police nor the embassy have commented on a report by ruling Communist Party newspaper Global Times that said police "took away a woman spraying gasoline on herself in suspected attempt at self-immolation" at around 11 a.m.

China and the U.S. are in the middle of a trade dispute.