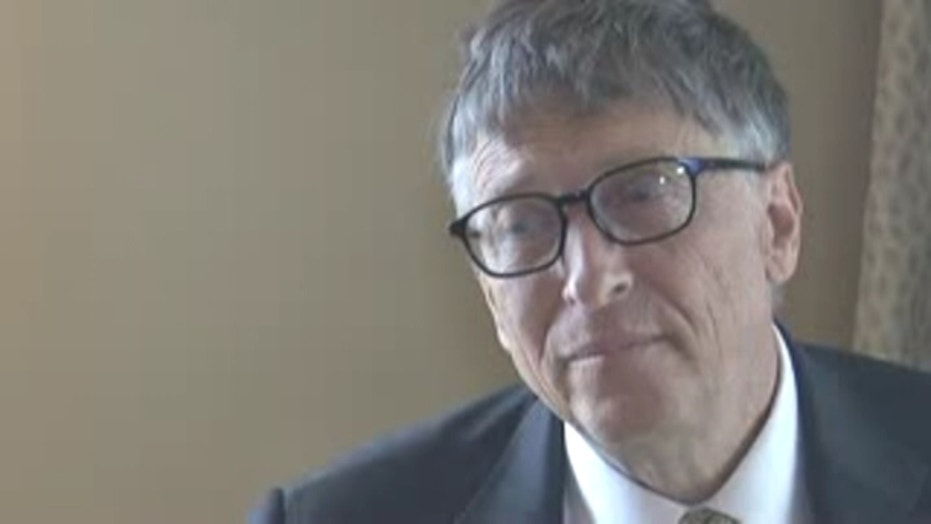 Bill Gates: World Will Have Almost No Poor Countries By 2035

Philanthropists Bill and Melinda Gates pitched an optimistic future for the world's poor and sick in their annual letter.

Philanthropists Bill and Melinda Gates pitched an optimistic future for the world's poor and sick in their annual letter Tuesday, arguing passionately against three myths they say hurt efforts to bring people out of poverty.

In their sixth yearly letter, which in the past has focused exclusively on the Bill & Melinda Gates Foundation's annual activities, the co-chairmen of the world's largest charitable foundation seek to dispel notions that poor countries are doomed to stay poor, that foreign aid is wasteful and that saving lives will cause overpopulation.

"I am optimistic enough about this that I am willing to make a prediction. By 2035, there will be almost no poor countries left in the world."

"All three reflect a dim view of the future, one that says the world isn't improving but staying poor and sick, and getting overcrowded," Bill Gates writes in the 16-page letter. "We're going to make the opposite case, that the world is getting better, and that in two decades it will be better still."

Gates says GDP per capita figures, adjusted for inflation to 2005 dollars, show that many countries such as China, India, Brazil and even Botswana that were once considered poor now have growing economies.

And in Africa, a place the Microsoft co-founder says is all too often dismissed as hopeless, life expectancy has risen since the 1960s despite the HIV epidemic. Also, more children are going to school and fewer people are hungry.

"I am optimistic enough about this that I am willing to make a prediction," he said. "By 2035, there will be almost no poor countries left in the world."

Gates also argues against claims that foreign aid is wasteful because it is too expensive, because it is stolen by corrupt officials receiving it or because countries who receive it become dependent on it.

He says that in Norway, the world's most generous donor of foreign aid, the amount of its budget that goes to foreign aid is only 3 percent. In the U.S., it's less than 1 percent, or about $30 billion per year, of which $11 billion goes to vaccines, bed nets and other health causes.

Measles vaccinations, eradicating smallpox, controlling tuberculosis in China and a plan to eliminate polio in Latin America are all public health efforts achieved with aid funding.

"Health aid is a phenomenal investment," he writes. "When I look at how many fewer children are dying than 30 years ago, and how many people are living longer and healthier lives, I get quite optimistic about the future."

His wife, Melinda, wrote a section of the letter dispelling the myth that saving lives worldwide will lead to overpopulation. She points to countries such as Brazil where both child mortality and birth rates have declined.

When more children survive, she says, parents have smaller families.

"The planet does not thrive when the sickest are allowed to die off, but rather when they are able to improve their lives," she says. "Human beings are not machines. We don't reproduce mindlessly. We make decisions based on the circumstances we face."

In an interview in New York City Tuesday, Gates expanded on the letter and its optimistic tone, saying the traditional headlines associated with poor countries — that they're plagued by natural disasters, political instability and corruption — have prevented people from understanding how much progress has been made.

"(The letter) comes out as what for many people will see as a stunningly positive story, because the typical headline is about the setbacks — the tornado, the regime instability and this gradual progress of less children dying of economies, even in Africa, getting richer and richer," he said. "It's not clear when someone is supposed to learn that because it's not really a standard headline."

He also said that as countries become more developed, more work needs to be done tackling the problems associated with growth, like energy consumption and climate change.

The Seattle, Wash.-based Bill & Melinda Gates Foundation is the world's largest charitable foundation. It has made $28.3 billion in grant payments since its inception 13 years ago.