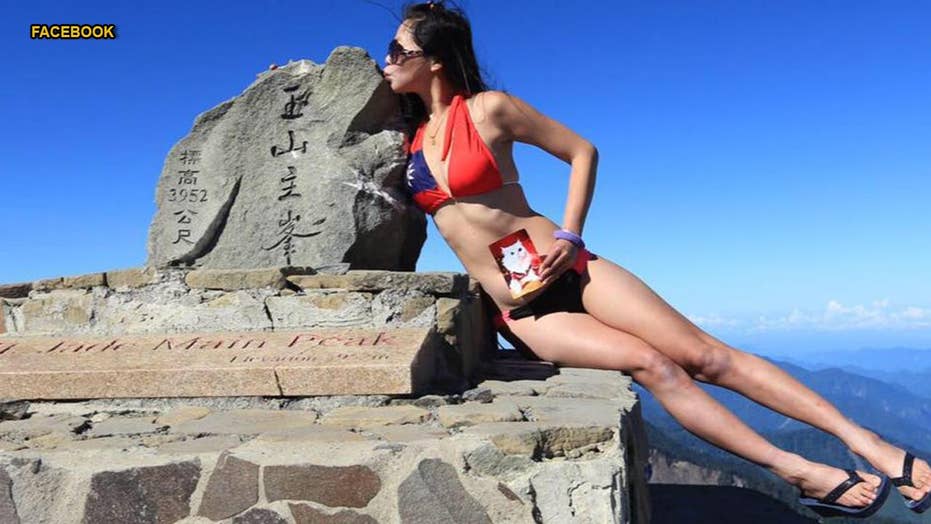 A Taiwanese woman who was known for climbing mountains in a bathing suit reportedly died after she fell during a hike.

GiGi Wu, the self-proclaimed bikini climber, was in Taiwan's Nantou County on Saturday, during a hike, when she tumbled into a valley near Mabolasi Mountain, Taiwan News reported.

It took rescuers more than a day to get to 36-year-old Wu because of bad weather, according to the news outlet. By the time search teams arrived, she was reportedly dead.

A fire department official told the Liberty Times that temperatures around the mountain where Wu was stuck were freezing and that they did all they could to rescue her.

Wu appeared to be an active Facebook user, often posting of her bikini travels.