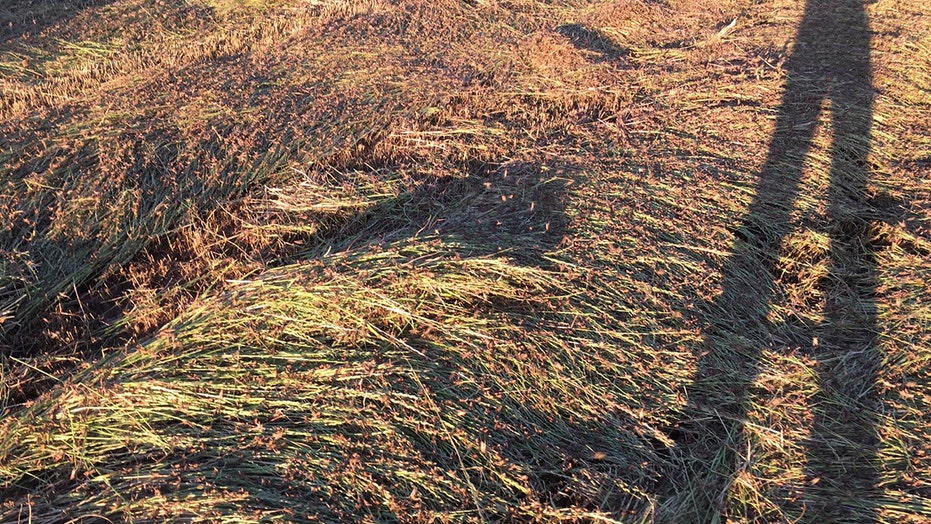 A swarm of locusts is plaguing farmlands on the Italian island of Sardinia in what farmers have called the worst infestation since the end of World War II.

The locusts, estimated in the millions, have blanketed over 6,000 acres of farmland between the towns of Ottana and Orani, destroying crops and overrunning homes, Italian farmers' lobby Coldiretti told Reuters.

“We are walking on locust carpets,” Coldiretti described.

Locusts infest a field near Nuoro, located on the Italian island of Sardinia. (Coldiretti via AP)

The farmers’ lobby said it has asked the government for help, but it’s likely too late to save the hay crop and grassland that sustain their sheep and other livestock.

"I have never seen anything like it in 53 years of life,” breeder Luigi Puggioni told the Italian newspaper La Nuova, who described the swarm as “biblical.”

Locusts are common in Sardinia during the summer, but farmers told Reuters this was the largest swarm they’ve experienced in 70 years. A drought in 2017 followed by significant rainfall in 2018 created the ideal climate for the locusts, according to Coldiretti’s Michele Arbau.

Arbau told the outlet he doesn’t believe anything can be done about this year’s infestation and warned that worse invasions could happen next year if preventative measures are not taken.