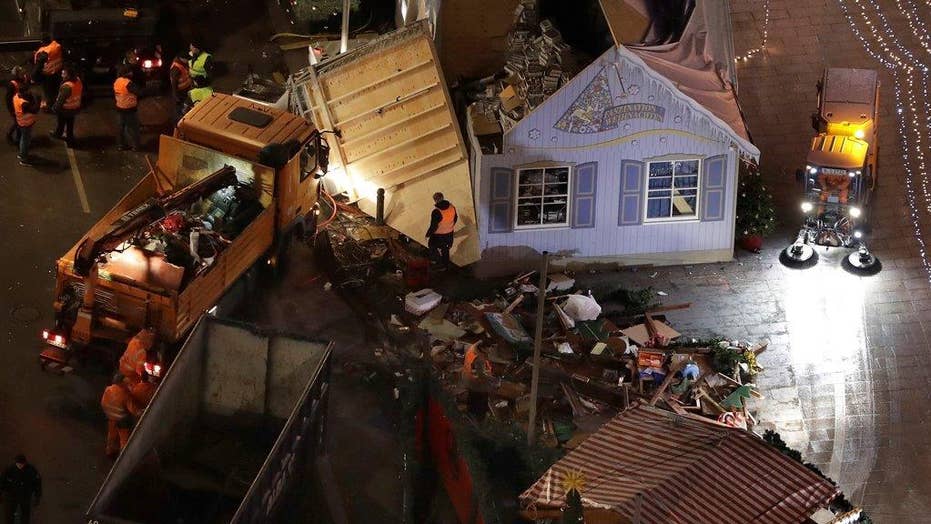 The hijacked truck used by Berlin Christmas market killer Anis Amri may end up in a museum.

Media reports say the House of History in Bonn may be offered the wreck of the truck used to kill 12 and injure 48.

There is a railcar that was the property of Hitler’s deputy Hermann Goring and a VW mini-bus used by the peace movement in the '70s.

On display too are twisted girders from the Twin Towers in New York, destroyed in the 9/11 terror attacks of 2001.

Museum director Hans Walter Hütter said it is still "too early to worry about the truck," but that he would not shy away from putting it on display.

"If a topic of social relevance, and this is indeed so, then it deserves to be viewed as part of our history whether we like it or not," he said.

He said there is "no room for glorification" of terrorism but that the ISIS presence in Germany will have to be addressed at some point in an historical context.

He acknowledged that the feelings of the victims of Amri's December 19 attack must be taken into consideration before any display could be contemplated.

The automatic braking system of the Scania truck stopped it before Amri could cause further carnage.

The truck is currently in a warehouse used by police.