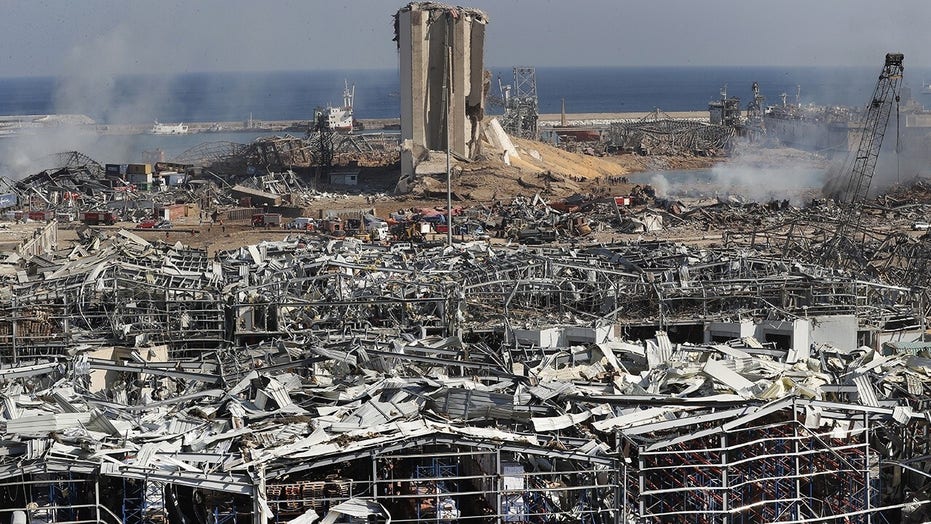 About 85 percent of grain silos in Lebanon's capital city of Beirut have reportedly been destroyed after a massive explosion Tuesday that killed at least 100 people and wounded thousands more.

The blast at the city's port -- which manages 60% of all imports for the country -- left Beirut's largest grain elevator severely damaged, along with a grain terminal.

Lebanese security officers run to the scene of an explosion at the Beirut seaport on Tuesday, Aug 4. (AP Photo/Hussein Malla)

Lebanon, which was already in the middle of a financial crisis, was struggling with a bread shortage and economic peril had ignited mass protests in recent months. Some 80% of the country's wheat supply is imported, according to the U.S. Agriculture Department.

Domestic production of wheat only covers 10% of the Middle Eastern country's consumption -- which usually is around 35,000 to 40,000 metric tons a month.

Most of the 1.2 million metric tons of wheat that Lebanon imports every year comes from Russia and Ukraine, and the product usually passes through the now inoperable port.

Following the explosion, Lebanese Minister of Economy and Trade Raoul Nehme asserted that all of the wheat stored at the facility had been "contaminated" and could not be used.

On Wednesday, Nehme told Reuters  that grain reserves now stand at "a bit less than a month."

Lebanese interior minister Mohamed Fehmi said the explosion appeared to be caused by stored ammonium nitrate, which is generally used for fertilizers. It was the most powerful explosion ever seen in the city.