"People are fed up with the restrictions," said Yaqiu Wang, a senior China researcher for Human Rights Watch. "There's so much pent-up anger and frustration because there have been massive human rights violations as a result of the restrictions, not because of COVID itself."

Demonstrations erupted across several cities in China in the final days of November as residents took to the streets to protest the nation's "zero-COVID" policies. In some cities like Wuhan, protests turned violent as police and residents clashed. 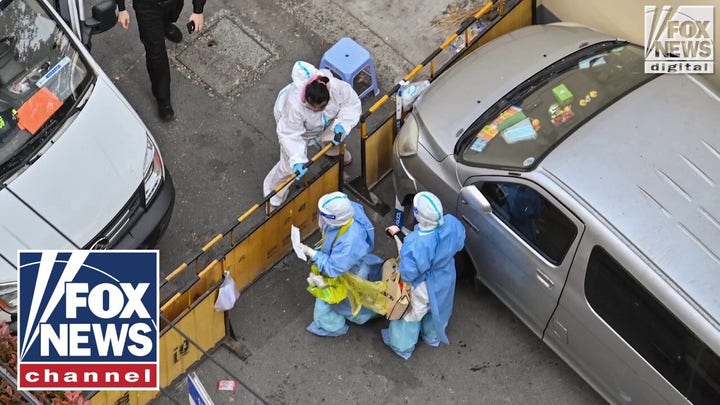 "We often say protest in China is useless because the government is too powerful," said Wang. "But this is an example that if you actually go out and demand for what you want, you get it, or at least you get some of it."

Chinese officials loosened COVID-19 restrictions after Chinese citizens across several cities protested against the country's strict "zero-COVID" policy that has led to city-wide lockdowns, mandatory COVID-19 testing and mass quarantine. Beijing changed course on the strict policies to help quell protests because the "zero-COVID" approach is taking a toll on residents, according to a Tiananmen Square protester.

"This has to be understood in the context of three years of draconian COVID restrictions," Wang said. To enter a hospital, a grocery store or a company office, Chinese residents "have to show a negative result."

"Some people had medical emergencies, but they couldn't get to the hospital because they could not leave their apartment, and some of those people died," Wang continued.

When asked whether the Biden administration supports the rights of Chinese citizens to protest, Secretary of State Antony Blinken said, "Of course we do."

"We support the right of people everywhere, whether it's in China, whether it's Iran, whether it's anyplace else, to protest peacefully, to make known their views, to vent their frustrations," Blinken said.

Despite Chinese authorities easing restrictions, the surveillance of and crackdown on protesters has been harsh, according to Wang.

"I heard of sources telling me that they went into the protest scenes, and they thought they were anonymous," she said. "But later they were visited by the police."

"They went to the protest scene yesterday, and they got visited by the police today," Wang continued. "The police were operating in a pretty efficient manner."

Wang said she believes her sources were tracked by police using surveillance footage or through the location services in their phones.

Regardless of the police enforcement, residents feel authorities easing restrictions is a win, Wang said.

Chinese police officers block off access to a site where protesters had gathered in Shanghai on Sunday, Nov. 27, 2022. (AP Photo)

"People feel very empowered because living in this very repressive country, you feel you have no say in how you are governed," she said. "You're depressed because you cannot control your own destiny."

"People take great risks to protest in China," Wang said. "In a way, the government is responding to it."

"It's an empowering feeling," she continued.

To watch the full interview with Yaqiu Wang, click here.