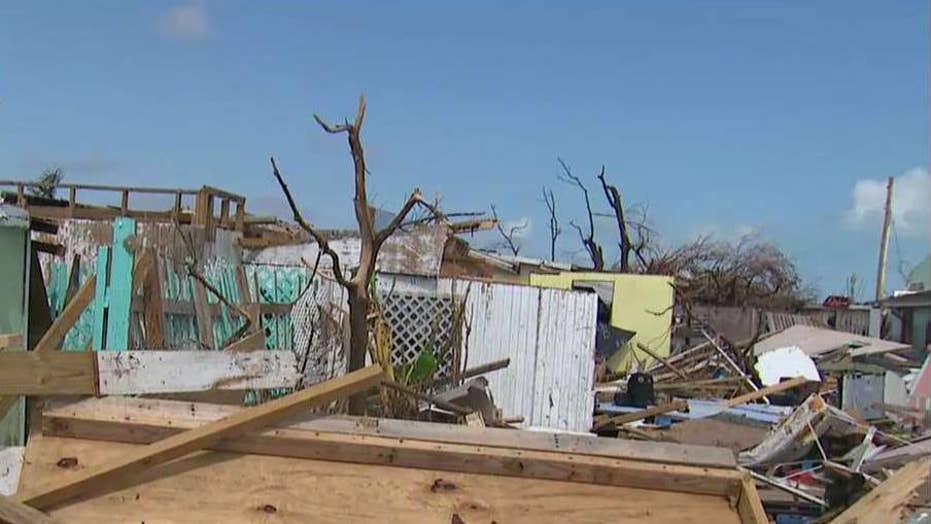 More than a week after Hurricane Dorian ripped through the Bahamas, claiming at least 50 lives, officials said Wednesday that an estimated 2,500 people are still missing.

A spokesperson for the National Emergency Management Agency said that the thousands of people listed as missing could change after the names are checked against the rosters of people who evacuated the tropical country or are staying in shelters on the islands.

An aerial view of floods and damages from Hurricane Dorian on Freeport, Grand Bahama on September 5, 2019.  (AFP/Getty)

Despite the hope that many people will be located, Prime Minister Hubert Minnis said Wednesday that the death toll “is expected to significantly increase” as search-and-rescue teams continue to comb through the debris.

Fifty people were killed after the Category 5 hurricane battered through thousands of homes on the Grand Bahama and Abaco islands on Sept. 1, leaving what officials believe are some 70,000 people homeless.

While power has returned to much of Grand Bahama, the electrical infrastructure around Marsh Harbour, Abaco's largest city, was destroyed.

A preliminary report estimates Dorian caused some $7 billion in damage, although the government of the Bahamas has not yet offered any figures.Crews have started to remove some debris on both islands, but they are moving slowly to avoid accidentally disturbing any bodies lying in the rubble.