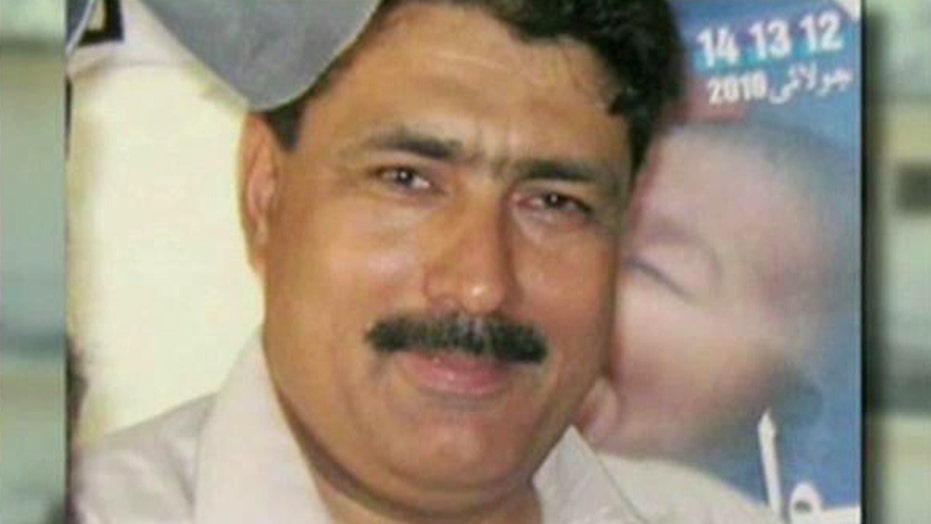 Negotiations to release Shakil Afridi – the hero doctor who helped the CIA pinpoint Usama Bin Laden – have gained momentum the past few weeks and he could be released as early as May, multiple sources told Fox News.

Afridi has been languishing in a Pakistani jail for five-and-a-half years. According to an Islamabad official, talks about Afridi’s possible release gained steam toward the end of last year and there has been a renewed willingness to figure out an appropriate time and means to have the doctor – who is said to be declining in health – discharged.

Another well-placed source, a U.S intelligence government contractor, told Fox News that there is a lot of “backroom dealing” between Pakistan’s Inter-Services Intelligence (ISI) and the Pakistan Army on the matter. The two parties are negotiating concessions, with a release possible in around three to four months. Prime Minister Nawaz Sharif and the newly-appointed ISI Chief, Naveed Mukhtar, are said to have both asked for immunity for Afridi. But before that could move forward it needs approval from the Army Chief of Operations, Gen. Waseem Ashraf.

The widely-hailed doctor was arrested on treason charges just weeks after the spectacular May, 2011 raid in which Navy SEALs took out the world's most wanted man. He was later sentenced to 33 years for having militant group connections.

U.S. officials have repeatedly condemned Afridi’s imprisonment and expressed regret for exposing his identity by making details of the raid public. The State Department issued the same statement to Fox News that it did over a year ago, insisting that his imprisonment was "unjust" and that the matter continues to be raised "at the highest levels during discussions with Pakistan."

Rep. Dana Rohrabacher, R-Calif., routinely called on the Obama administration to withhold billions in aid to Pakistan until Afridi was released. Last year, the House of Representatives passed a defense budget that would make $450 million in assistance contingent on the nation doing more to stop a militant terror network and called on the country to free the jailed doctor. But so far, all efforts have proven unsuccessful.

"Our government for the last five years has permitted this to go on, the fact that they (Pakistan) have been able to collect any type of military or non-military aid is a travesty and is a comment on our weakness as Americans," Rohrabacher told Fox News.

The Pakistan Embassy in D.C did not respond to a request for comment.

However, in December top Pakistani diplomat Tariq Fatemi told Voice of America that his country would be “willing” to discuss Afridi’s freedom with the U.S and also told local reporters that they were looking forward to working with the Trump administration. Afridi’s fate is expected to be at the forefront of President Donald Trump’s dialogue with Pakistan. While on the campaign circuit last May, the then-GOP frontrunner insisted that, if elected, he would secure Afridi’s freedom “in two minutes.”

His words prompted Pakistan Interior Minister Nisar Ali Khan to repudiate such comments as “highly misplaced and unwarranted,” reiterating that Afridi’s fate is up to Pakistan, not the United States.

Another insider connected to Islamabad officials said that the Pakistan Army does want to free Afridi but the biggest concern is “how to save face from the country.”

As part of the elaborate CIA plot, Afridi obtained the Bin Laden family’s DNA by orchestrating a fake immunization campaign. The U.S revelation of the plot ignited major backlash and many programs were then shut down, leading to a spread of polio in poor rural parts of the country. Many in Pakistan remain upset by the doctor’s work for a foreign entity and view him as a traitor, and are subsequently outraged by the damage it caused to vaccination programs in Pakistan.

A high-ranking Pentagon official previously involved in negotiations to have Afridi released told Fox News that exhaustive efforts were made to establish some kind of “prisoner swap.” However, it was ultimately rejected because Pakistani officials didn’t want anything in return and did not want to appear “weak” by caving in to public pressure from the United States.

“This left the CIA paralyzed,” the insider said. “But the ISI assured [the U.S.] that they would release him once the press about him calmed down.”

If released, it remains unclear where Afridi and his family will reside since Pakistan is considered unsafe for them. Most of his immediate family remains in hiding and his former lawyer was shot dead in 2015 by a member of a Taliban faction.

“I assume he and his extended family will live and come here,” the Pentagon source added. “But it could also be a third country to save Pakistan from embarrassment.”

Supna Zaidi, founder and executive director of the Council for Democracy and Tolerance, stressed that the U.S cannot forget Afridi and pointed out the broader implications his release would have on foreign policy.

“By securing Afridi's release,” she said, “future cooperation from the international community is more likely because the U.S. will have maintained a reputation of not abandoning men and women, like Afridi, once a security issue is resolved.”