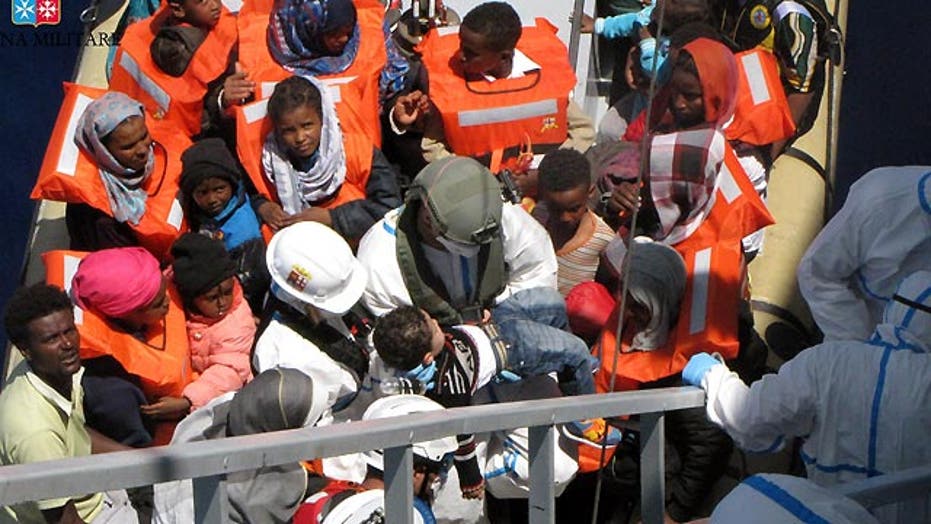 Nearly 7,000 immigrants saved off the coast of Libya

In three-day period ending Sunday, 6,771 survivors were rescued at sea

ROME – A baby girl was born aboard a rescue boat in the Mediterranean Sea as Italian Coast Guard and Navy ships bring migrants by the thousands to the country's southern ports.

In the three-day period ending Sunday, 6,771 survivors were rescued at sea north of Libya from overcrowded rubber dinghies and unseaworthy fishing boats used by Libya-based smugglers, according to a Coast Guard tally reported Monday. Ten bodies were found Sunday on boats or in the sea.

Calm seas and mild temperatures brought the spike in arrivals. The relentless flood of migrants this year is on track to surpass the 170,000 rescued at sea by Italy in 2014.

The Navy said a woman, in labor when rescued Sunday, gave birth aboard a patrol ship. Mother and daughter are fine.