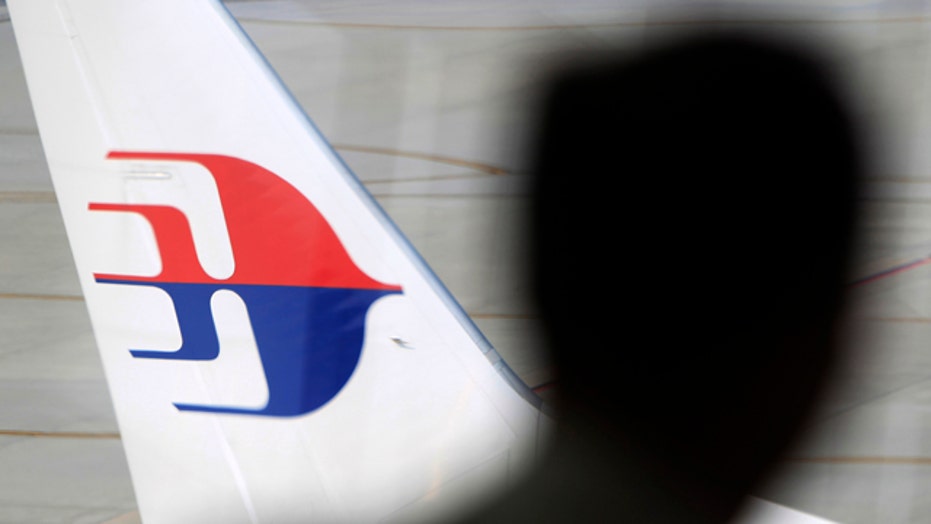 Authorities who spent the weekend investigating if the pilots of a missing Malaysia Airlines plane had a role in its disappearance reportedly are looking at another person on board the flight, while examining the possibility that the jetliner flew low to avoid radar.

"Yes, we are looking into Mohd Khairul, as well as the other passengers and crew,” said the police official, who has knowledge of ongoing investigations. “The focus is on anyone else who might have had aviation skills on that plane."

Authorities are also examining the possibility that the plane flew at an altitude of less than 5,000 feet to avoid radar coverage after it turned back from its planned route to Beijing, the Malaysian newspaper New Straits Times reports.

The newspaper said officials are reviewing the plane’s flight profile to determine whether it used “terrain masking” techniques during the time it disappeared from radar coverage.

"It's possible that the aircraft had hugged the terrain in some areas that are mountainous to avoid radar detection,” an official told the newspaper. “The person who had control over the aircraft has a solid knowledge of avionics and navigation…it passed low over Kelantan, that was true.”

Kelantan is a province in central Malaysia.

Meanwhile, investigators said Monday morning that they believe that the co-pilot of the flight, Fariq Abdul Hamid, gave the final communication heard by air traffic controllers shortly before the plane disappeared from civilian radar screens.

Malaysia Airlines CEO Ahmad Jauhari Yahya said at a news conference that initial investigations indicate that Hamid is the one who calmly said, "All right, good night."

The revelation is likely to sharpen suspicions that Hamid and the plane’s pilot, Zaharie Ahmad Shah, were somehow involved in the aircraft’s disappearance.

Malaysian officials earlier said those words came after one of the jetliner's data communications systems — the Aircraft Communications Addressing and Reporting System — had been switched off.

However, Yahya said Monday that while the last data transmission from ACARS — which gives plane performance and maintenance information — came before that, it was still unclear at what point the system was switched off. That opened the possibility that both ACARS and the plane's transponders — which make the plane visible to civilian air traffic controllers — were severed later and at about the same time.

Police seized a flight simulator from Shah's home on Saturday and also searched Hamid’s home. Investigators haven't ruled out hijacking, sabotage, pilot suicide or mass murder, and they are checking the backgrounds of all 227 passengers and 12 crew members, as well as the ground crew, to see if links to terrorists, personal problems or psychological issues could be factors.

Britain’s Daily Mirror reported that Shah was a supporter of Anwar Ibrahim, a Malaysian opposition leader who was jailed for homosexuality hours before the flight disappeared.

The newspaper published a photo that purportedly shows Shah wearing a shirt with the slogan “Democracy is Dead.”

Authorities are also examining whether the jet's disappearance was tied to a 9/11-style plot masterminded by Al Qaeda's Khalid Sheik Mohammad, The Telegraph reports. Such a plot was mentioned by a British-born Saajid Badat last week at the New York trial of Usama bin Laden's son-in-law Sulaiman Abu Ghaith.

Badat said that a Malaysia-based Al Qaeda cell of four or five people had planned to take control of a plane, using a shoe bomb to gain access to the cockpit. He added that he had met the jihadists, one of whom claimed he was a pilot, at a terror camp in Afghanistan and gave them a shoe bomb for use. The Telegraph reported that one possible target of such an attack could have been the Petronas Towers in Kuala Lumpur, formerly the tallest buildings in the world.

The newspaper also reported that Badat, who was sentenced to 13 years in prison for his part in a conspiracy to blow up a transatlantic flight with shoe bomber Richard Reid, first made claims in 2012 about a possible shoe bomb attack.

Anthony Glees, a professor and director of the University of Buckingham’s Center for Security and Intelligence Studies, called Badat's evidence "credible."

"These spectaculars take a long time in the planning,” a British security source told The Telegraph.

Dan Bongino, a former Secret Service agent, said on “Fox & Friends” Monday that the plane could have been hijacked to be used as a weapon at a later date.

“Given Al Qaeda’s footprint in Southeast Asia, I don’t think it’s a stretch to say that,” he said.

Hank Whitmore, a former Boeing 777 pilot, also told “Fox & Friends” that it looked like there was a struggle in the cockpit of the missing plane.

“The way it climbed up to up 45,000 feet and then went down radically -- that doesn’t sound like an airplane problem.”

On Saturday, Malaysia Prime Minister Najib Razak said someone appeared to have deliberately diverted the plane from its flight path, but kept it in the air for a number of hours after it vanished.

Malaysia's government sent diplomatic cables to relevant countries to seek their help with the search and ask for any radar data that might help narrow the task. Twenty-six countries are involved in the search.

The northern search corridor includes countries with busy airspace that likely would have noticed an unidentified aircraft in their territory. China, India and Pakistan are among the nations that say they have seen no sign of the plane.

Australia is leading the search efforts in the southern Indian Ocean. It has sent two AP-3C Orion aircraft, one of which is searching north and west of the Cocos Islands. Two more search aircraft will be deployed by Tuesday.

Bakar told reporters that he had requested countries with citizens on board the plane to investigate their background. He said that the intelligence agencies of some countries had already done this and found nothing suspicious, but that he was waiting for others to respond.

"It is our hope with the new information, parties that can come forward and narrow the search to an area that is more feasible," he said.

Hussein did not rule out finding the plane intact.

"The fact that there was no distress signal, no ransom notes, no parties claiming responsibility, there is always hope," he said.

Given that the northern route the plane may have taken would take it over countries with busy airspace, most experts say the person in control of the aircraft would more likely have chosen the southern route. The southern Indian Ocean is the world's third-deepest and one of the most remote stretches of water in the world, with little radar coverage. The wreckage might take months -- or longer -- to find, or might never be located.

Malaysia’s air force has yet to explain why it didn't spot and respond to the plane flying over the country. Satellite data suggested the plane flew for at least 7 1/2 hours -- more than six hours after the last radio contact.