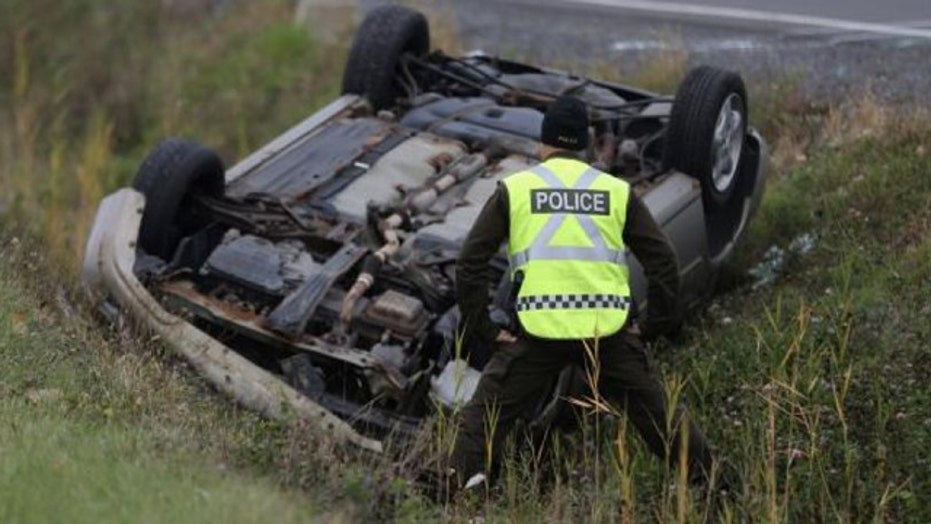 The Royal Canadian Mounted Police said Tuesday that the Quebec man who hit a Canadian soldier with his car after being "radicalized" by Islamists had wanted to change his ways before the attack.

The Associated Press, citing Quebec provincial police, reported that the soldier had died of his injuries early Tuesday after being struck by the car Monday. Police identified the dead military member as Warrant Officer Patrice Vincent, 53.

At a news conference in Montreal, authorities said 25-year-old Martin Rouleau came to the attention of the police in June when he started posted messages on Facebook suggesting that he wanted to fight alongside militants in Syria, the Ottawa Citizen reports.

In July, Rouleau was arrested and questioned when he tried to leave the country for Turkey and had his passport taken by police. But there wasn’t enough evidence to charge him and he was let go, said Police Superintendent Martine Fontaine.

Police then met repeatedly with Rouleau, his family and the imam at the mosque that he frequented, trying to get him to ease off his obsession with radical Islam, according to Fontaine.

The meetings appeared to be working. In the last one on Oct. 9, Rouleau said he wanted to change his ways, the Ottawa Citizen reports.

“We did not have any indication, none whatsoever, of his intention to commit a crime in Canada,” Fontaine said. “If we did, we would have arrested him.”

Eleven days later, Rouleau struck the soldier with his car in a mall parking lot near Montreal.

Police fatally shot Rouleau after a car chase that ended with him losing control of the car and rolling over several times in the town of Saint-Jean-sur-Richelieu, about 25 miles southeast of Montreal.

Quebec provincial police Lt. Michel Brunet said Rouleau exited the car and was shot. He said police found a knife on the ground, but could not say if he had it in his hand when police fired their weapons. Television images showed a large knife in the grass near his flipped over car.

A statement from the office of Prime Minister Stephen Harper late Monday said that authorities "have confirmed that there are indications that this is clearly an individual who has been radicalized ... Canadians should remain vigilant." Harper was briefed about the incident by the head of Canada's national police force, the head of the military and his national security adviser.

One neighbor told reporters that Rouleau stopped wearing jeans and started wearing a tunic and that he changed over the last year and was alone a lot. Another neighbor said Rouleau converted to Islam a little over a year ago.

The case is similar to one in London, England, last year in which an Al Qaeda-inspired extremist and another man ran over a soldier with a car before hacking the off-duty soldier to death. Images of Michael Adebolajo, 29, holding a butcher knife and cleaver with bloodied hands in the moments after the May 2013 killing of Fusilier Lee Rigby shocked people around the world and sparked fears of Islamist terrorism in Britain.

The self-described "soldier of Allah" was sentenced along with his accomplice to life in prison. The pair were convicted of murdering Rigby, 25, who was walking near his barracks in south London when the men ran him over with a car. They then dragged his body onto the road, and repeatedly stabbed him with knives.

The Islamic State group has urged supporters to carry out attacks against Western countries, including Canada, that are participating in the U.S.-led coalition fighting the militants who have taken over large swaths of territory in Iraq and Syria. It was not known whether Rouleau had any ties to Islamic militant groups.