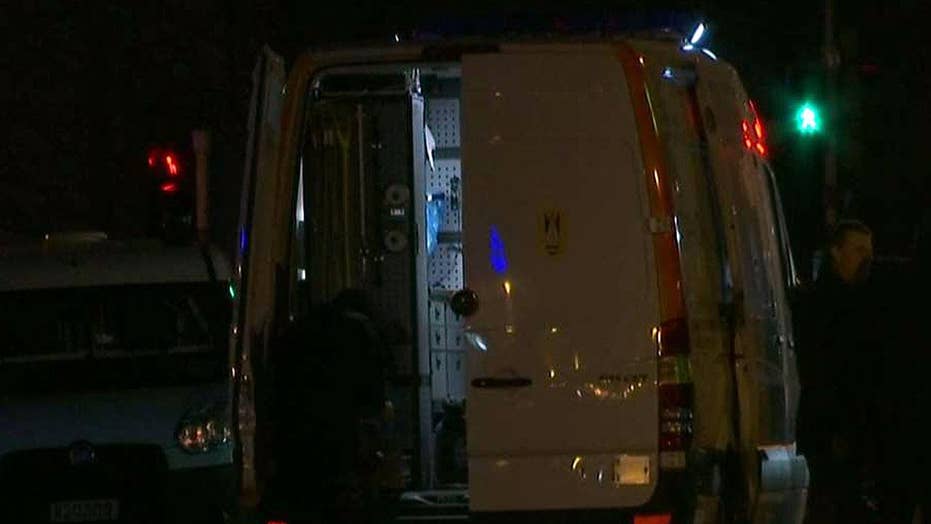 Belgian security close off part of the city

The man detained in Brussels on Thursday driving a car filled with gas canisters had been convicted in a 2016 terror trial, state broadcaster RTBF reported.

The man, who has not been identified, was convicted during a mass trial of suspects involved in the "Zerkani" terror recruiting network, according to RTBF. Some of those involved in the network had participated in the March 2016 Brussels attacks and the November 2015 Paris attacks.

The detention on Thursday set off a security alert in the center of Brussels, closing off a busy part of the capital and a subway station during the evening rush hour, the prosecutor's office said.

Prosecutor's spokeswoman Ine Van Wymersch said authorities did not want to take any chances and acted quickly "since the driver was known by judicial authorities and it was unclear why the gas canisters were there."

"We are taking the case seriously," Van Wymersch added. She said the suspect was being interrogated.

Saint Gilles Mayor Charles Picque described the driver as "a radicalized person, so it was normal to take precautionary measures."

Van Wymersch cautioned however not to jump to conclusions about a possible extremist motive.

The gas canisters were discovered when police noticed a car speeding and running red lights and pursued it.

The local transport authority said late Thursday that the Porte de Hal metro station closed on police orders, while a perimeter was established above ground. Media reported an anti-bomb squad was brought in.