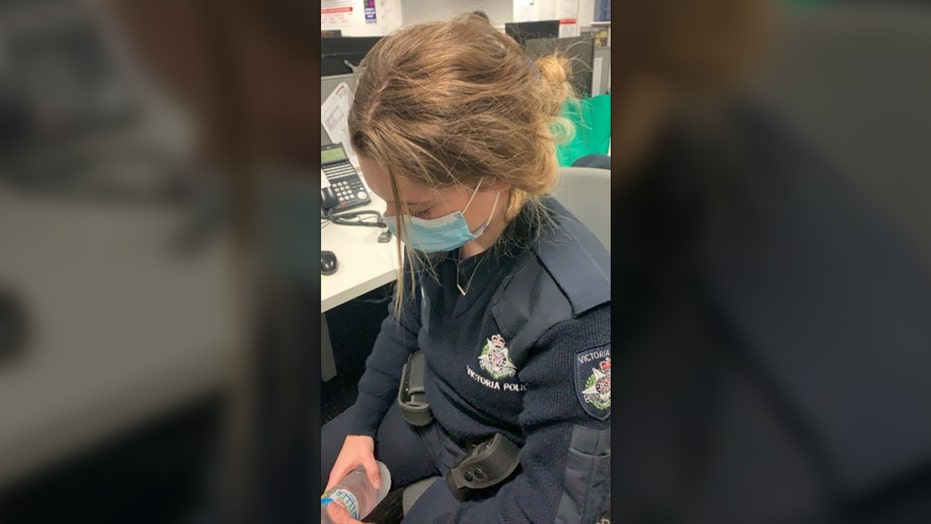 An Australian woman allegedly bashed a cop’s head into the ground after being stopped for not wearing a mask — and police believe she’s part of a growing trend of “sovereign citizens,” according to a report.

Two female police officers approached the maskless woman, 38, Monday night in Frankston, a suburb of Melbourne, to question her about why she wasn’t wearing the face covering, ABC.net reported.

The woman allegedly flew into a rage, striking one officer in the head and shoving the other.

“After a confrontation and being assaulted by that woman, those police officers went to ground and there was a scuffle,” said Victoria Police Chief Commissioner Shane Patton. “During that scuffle, this 38-year-old woman smashed the head of the [26-year-old] policewoman several times into a concrete area on the ground.”

The injured cop was taken to the hospital with “significant head injuries.” She suffered a concussion and lost a chunk of her hair.<br data-cke-eol="1"> (The Police Association Victoria)

The injured cop was taken to the hospital with “significant head injuries.” She suffered a concussion and lost a chunk of her hair.

Police believe the alleged assault is part of a trend of “sovereign citizens” who refuse to comply with coronavirus rules, including wearing a mask — then “bait” cops into confrontations.

“This was a particularly violent occurrence but our members have been stood up by smartarses around the state for five minutes of fame in front of a camera,” said Police Association of Victoria secretary Wayne Gatt.

The alleged attacker was charged with nine counts, including assault of an emergency worker and one count of recklessly causing injury. She has no criminal history.

On Monday, officials in Victoria, the country’s second-most populous state, rolled out strict COVID-19 restrictions and penalties, including a $3,300 fine for scofflaws who don’t abide by the stay-at-home order.