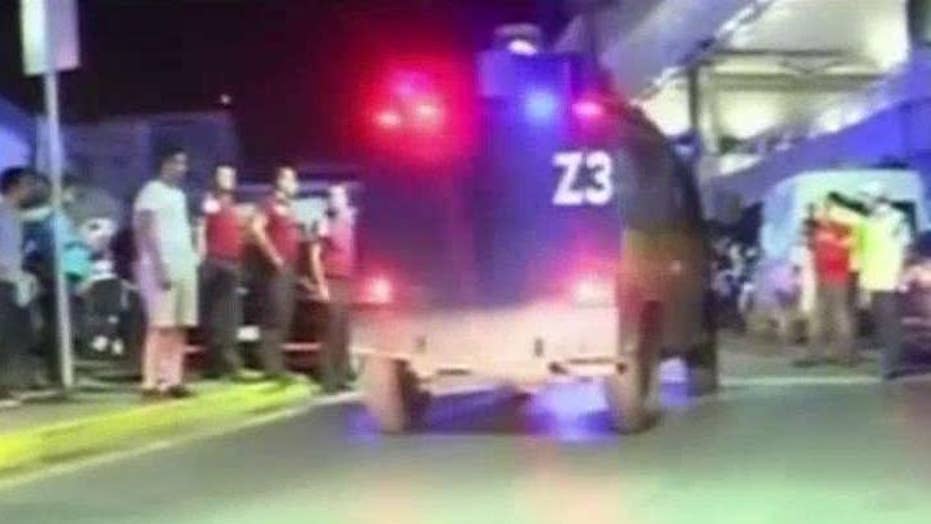 Officials and eyewitnesses to the terror provide insight into the horror of the attack; John Huddy reports for 'Special Report'

The unidentified American suffered "minor injuries," Johnson said at a Senate Judiciary Committee hearing. More than 200 people were injured in all and at least 43 died in Tuesday's attack, investigators said.

Johnson told lawmakers the attack bore the "hallmarks" of the Islamic State, though the terror group had not claimed responsibility.

Turkish Interior Minister Efkan Ala told parliament 19 foreign nationals were among those killed in the attack. At least 94 remained in hospitals, the Istanbul Governor's office reported.

Turkish officials said all three attackers arrived by taxi at the level of the arrivals hall terminal.

The first assailant entered the terminal, opened fire and then blew himself up near the X-ray machines, according to the officials. During the chaos, the second attacker went upstairs to the departures level and blew himself up. The third attacker waited outside during the whole episode and detonated his explosives last as people flooded out of the airport in a panic.

The two officials spoke on condition of anonymity in line with government protocol.