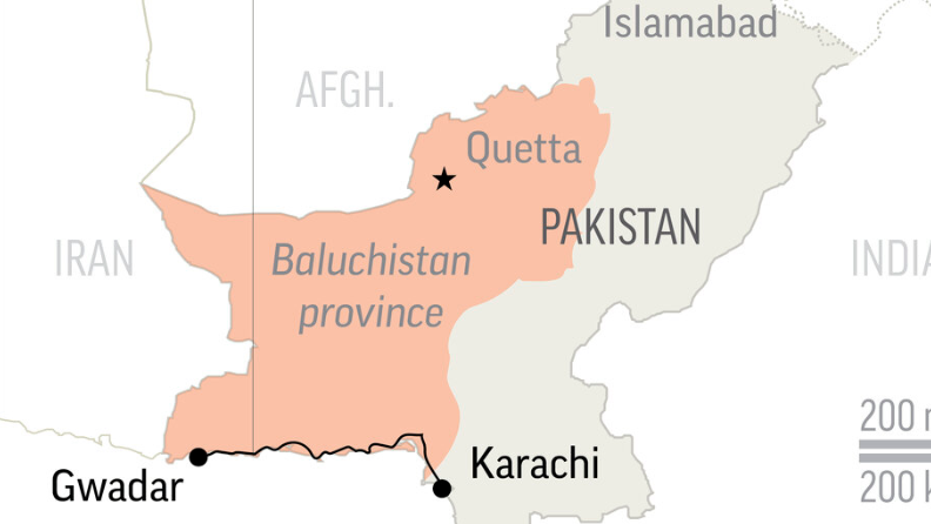 A terrorist attack by a separatist group in southwestern Pakistan left 14 dead early Thursday after they were lined up and shot on a remote highway, officials said.

The attack occurred before dawn on the Makran coastal highway between Karachi and the Gwadar port, local official Jehangir Dashti told The Associated Press. He said that the passengers targeted in the attack were killed after the assailants in Pakistani police and paramilitary uniforms checked their identity cards and forced them out on a highway.

Dozens of gunmen were involved in the attack and fled the scene afterward, he said.

US OFFICIALS SEEK EXTRADITION OF MURDER SUSPECT IN PAKISTAN

Hours after the ambush, the little-known separatist group "Baloch Raji Aajoi Sangar," claimed responsibility. The attack drew nationwide condemnation and Prime Minister Imran Khan called it "an act of terror." He later issued a statement, ordering authorities "to make every possible effort to identify and to bring the perpetrators of the barbaric act to justice."

The Pakistani Navy said its sailors and officers who were traveling to work were also among the slain men. One was a member of the country's coast guard. According to intelligence officials, nine employees of the Navy were among the dead.

7 ARRESTED IN PAKISTAN OVER ABDUCTION, RELIGIOUS CONVERSION AND FORCED MARRIAGE OF HINDU MINORS

Security forces from the nearby were dispatched and had reached the area, about 375 miles from the provincial capital, Quetta, he added.

Separatists have for years waged a low-level insurgency in oil-rich Baluchistan, complaining of discrimination and demanding a fairer share of the province's resources and wealth.

Other militant groups also operate in Baluchistan. Last Friday, a suicide bomber targeted an open-air market in Quetta, killing 20 people in an attack claimed by the Islamic State group.