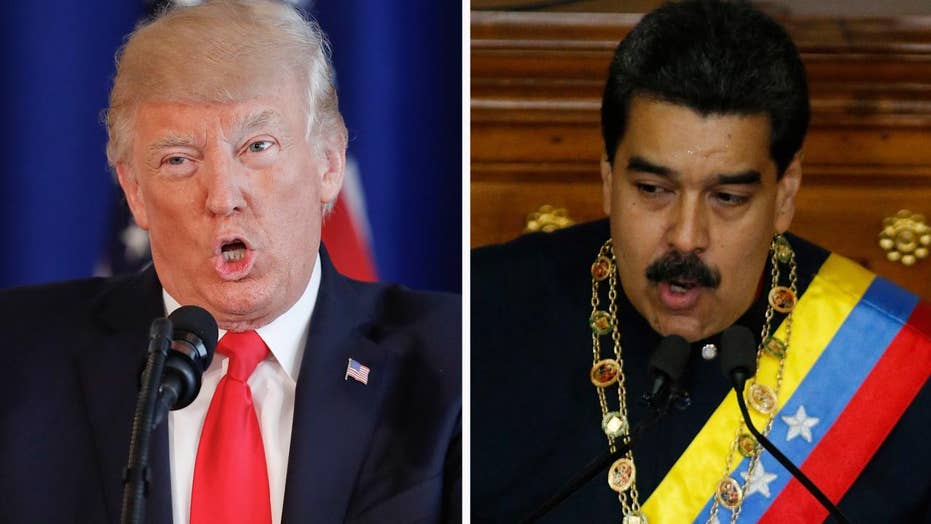 President not ruling out military action in the region

Venezuelan President Nicolas Maduro, fresh off calling on the inhabitants of his starving nation to eat rabbits that had been kept as pets, is now asking his army to make sure it has “rifles, missiles and well-oiled tanks at the ready” amid a war of words with the United States.

Maduro made the declaration Monday during a military exercise in the city of Maracay, two days after the Trump administration signed new restrictions imposing bans on the entry of some Venezuelan government officials and their families into the U.S.

"We have been shamelessly threatened by the most criminal empire that ever existed and we have the obligation to prepare ourselves to guarantee peace," Maduro said, according to AFP.

The Venezuelan president, wearing military garb, also said he wanted prosperity for his country, but added "we need to have rifles, missiles and well-oiled tanks at the ready...to defend every inch of the territory if needs be."

Nearly two weeks ago Maduro encouraged people to start eating rabbits for protein as Venezuela faces a severe food shortage. After being given the rabbits, many people who took part in a pilot project for the rabbit-eating initiative placed bow ties on the bunnies, kept them as pets and cuddled with them in bed.

Low supplies of food and medicine are leaving millions of people starving and desperate for medical treatment. A study published earlier this year reported that roughly 75 percent of Venezuelans lost an average of 19 pounds in the last year due to food shortages, Fox News reported.

The ongoing economic crisis has been spurred by the socialist policies of Maduro and his predecessor, the late former President Hugo Chavez.

The U.S. government in August hit Maduro and 20 other top officials with financial sanctions, and also banned American finance companies from lending money to Venezuela’s government and its state-run oil company, AFP reported.

Trump said in August he wouldn’t rule out a “military option” to resolve Venezuela’s political struggles.