This image provided by the Marine Nationale (French Navy) shows migrants aboard a rubber boat after being intercepted by French authorities, off the port of Calais, northern France, Tuesday, Dec. 25, 2018. (Marine Nationale via AP)

With the U.K. facing a fresh migrant crisis at its borders, the British government is questioning whether the asylum seekers making the trek across the English Channel are "genuine" -- noting they are making the trip from France.

The U.K. has been hit by a wave of migrants in small, inflatable boats making their way across the channel between France and the south of England. The U.K. Telegraph reported more than 100 migrants have either made it to the U.K., or have been intercepted at sea since Christmas Eve.

The Home Office’s National Crime Agency said in a statement it anticipates further attempts in future weeks, and it is working with French authorities to crack down on those organizing the boats.

On Wednesday, Home Secretary Sajid Javid expressed doubt to Sky News that those making the trips were genuine asylum seekers since they came from France -- a safe country.

"A question has to be asked: if you are a genuine asylum seeker why have you not sought asylum in the first safe country that you arrived in?" he said. "Because France is not a country where anyone would argue it is not safe in any way whatsoever, and if you are genuine then why not seek asylum in your first safe country?"

Javid’s argument echoes many who have opposed the mass migration waves that have crashed against the continent since 2015 -- when German Chancellor Angela Merkel opened Germany's borders to those seeking asylum from Syria and other countries.

Those in support of more open border policies argue countries have an obligation to give shelter to migrants fleeing persecution. But those who call for stricter policies argue that an asylum seeker is only such until they reach a safe country, after which they are a so-called economic migrant -- who should, therefore, be treated as such through normal migration procedures.

The National Crime Agency’s Chris Hogben told The Financial Times most of those crossing were Iranian nationals, and the issue was complicated by the U.K.’s policy of not returning them to Iran due to the country’s human rights record.

“They don’t have to be smuggled covertly into the UK,” Hogben said. “All they need to do is get into British waters and call for British law enforcement’s help. Once they’re picked up by Border Force or law enforcement, they’ve made it because we’re not going to send them back.”

Immigration has been a contentious issue in the U.K. for decades. Britain voted in 2016 to leave the European Union and many voters have said that retaking control of Britain’s borders was a motivating factor. But the U.K. Conservative Party, which has long campaigned on reducing mass migration, has struggled to implement those policies. Former Prime Minister David Cameron famously promised to reduce migration numbers, only to see numbers increase while he occupied 10 Downing Street.

Current Prime Minister Theresa May has also used tough language at times on the subject of migration, but hardliners have accused her of not doing enough to take back control of British borders. 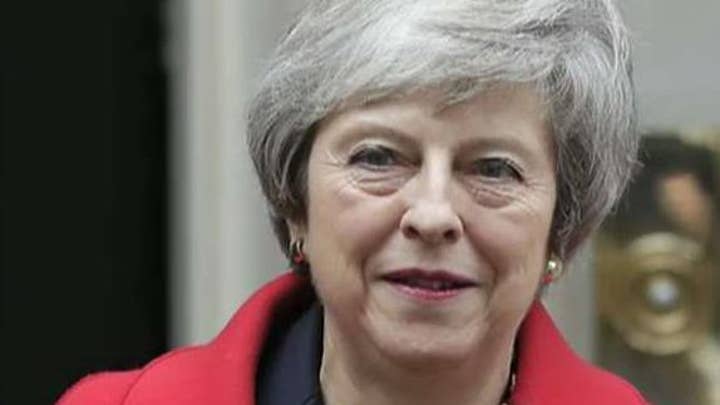 Last year, she announced alongside French President Emmanuel Macron that Britain would pay for new border measures in France -- where British border checks are carried out -- including increased CCTV, more fencing and infrared technology. However, part of that agreement was to speed up processing times for child migrants seeking to enter the U.K.

On Tuesday, Javid said that France had agreed to increase co-operation and called the response from the French “swift and thorough.” The government has also deployed an additional two ships to patrol the waters.