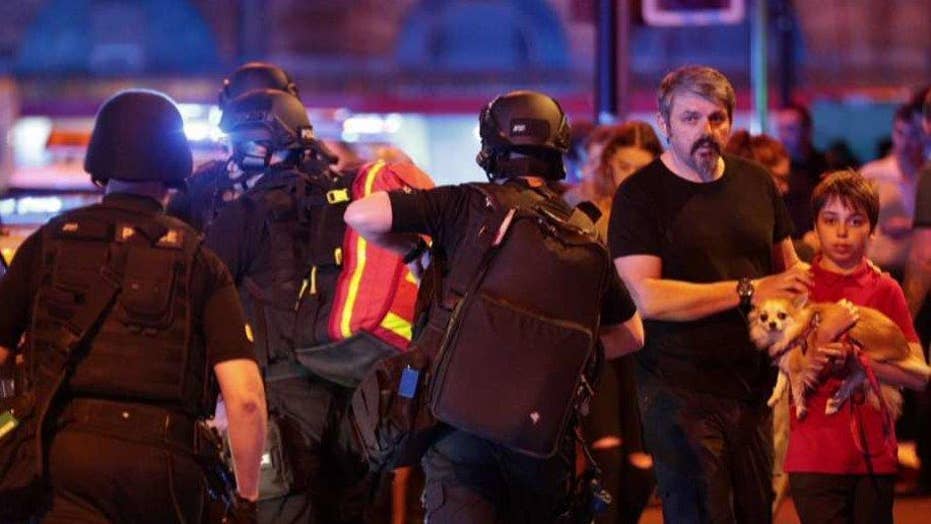 Brexit leader says England will be shocked when it wakes to the news of Ariana Grande concert attack, suspects it will impact upcoming British election

Britain Prime Minister Theresa May and Labour Party leader Jeremy Corbyn agreed to suspend their election campaign in the wake of an explosion at an Ariana Grande concert Monday night that left 22 people dead and dozens injured.

“We are working to establish the full details of what is being treated by the police as an appalling terrorist attack,” May said in a statement. "All our thoughts are with the victims and the families of those who have been affected."

Corbyn said he is "horrified" by the events in Manchester and that his thoughts are with the families and friends of those who have died and been injured. Corbyn said he spoke with May after the explosion.

Campaign events ahead of the June 8 general election will now be put on hold as Britain comes to grips with the incident and its aftermath.

Police added that one man appeared to have detonated an improvised device. They were still investigating whether the man was working alone. He was not immediately identified.