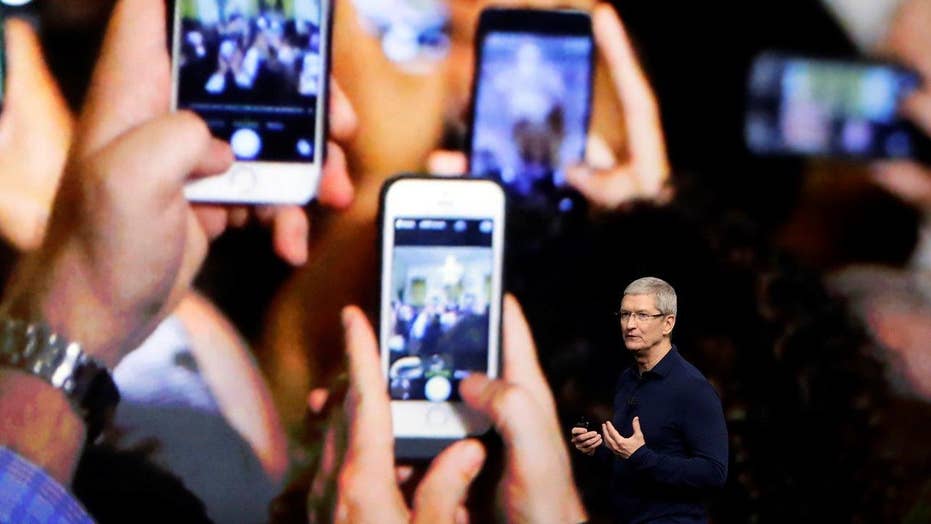 SAN FRANCISCO (AP) – Apple announced its newest iPhones, the 7 and 7 plus, which are water and dust resistant.

Analysts say the new iPhones could help Apple recover modestly from a recent dip in sales. But with few expected dramatic changes from previous models, Apple watchers aren't expecting the kind of big spikes in consumer demand that the company saw two years ago, when it introduced larger screens.

Apple sold nearly 92 million iPhones during the first six months of this year, about 15 percent fewer than the same period last year. This year marks the first time that Apple has seen such declines. Industry analysts say it's because last fall's iPhone 6S and 6S Plus didn't contain many new features or improvements.

Investors are hoping for a bigger boost in sales next year. Wall Street analysts say reports from Apple's Asian manufacturers and suppliers indicate the company has decided to wait a year before introducing a major overhaul of the phone in 2017. That will be the iPhone's 10th anniversary.

The company also introduced a new generation of smartwatches that will include GPS tracking and enough water resistance to swim with, part of its effort to boost sales in its newest product line.

Although the first version of the Apple Watch can tap the GPS function on a companion iPhone, that requires carrying another device with you. GPS isn't common in smartwatches, though the upcoming Samsung Gear S3 will also get GPS.

As for swims, the previous Apple Watch model is resistant to splashes, but not extensive use in water.

Apple says one of the engineering challenges has been sealing the speaker port, which needs air to work. The company says it has designed the speaker to eject water after workouts.

Fitbit has one swim-proof model and Garmin has a few, but the capability isn't common.

The watch update was announced 17 months after the first model came out. The "Series 2" watch will also get a faster processor and a brighter display for outdoor use. Apple didn't make any mention of the new model's battery life. The original model ran down its battery quickly.

New styles include a case made of ceramic and a run-centric design made in collaboration with Nike.

The original model is getting a price cut, to $269, and will get a faster processor. Series 2 will start at $369. The updates are coming Sept. 16. Existing watches can get new software on Sept. 13.

The Apple Watch has been the only major new product released since CEO Tim Cook succeeded company founder Steve Jobs as CEO five years ago, and sales of the device so far have been lukewarm. The company hasn't disclosed sales figures for the Internet-connected watch, but research firm IDC estimates that Apple shipped 1.6 million watches in the April-June quarter, less half the 3.6 million a year earlier.

Watch sales are expected to increase this fall as the holiday gift season gets underway. Analyst Jan Dawson of Jackdaw Research says consumers are finding the watch is useful for health and fitness tracking, but that other apps have not caught on.

The Apple Watch will get a popular new app later this year tough. Niantic Labs, the maker of the cultural sensation Pokemon Go, announced Tuesday that the game will be released for the watch, building upon the apps that it already has built for the iPhone and devices running on Google's popular Android software.