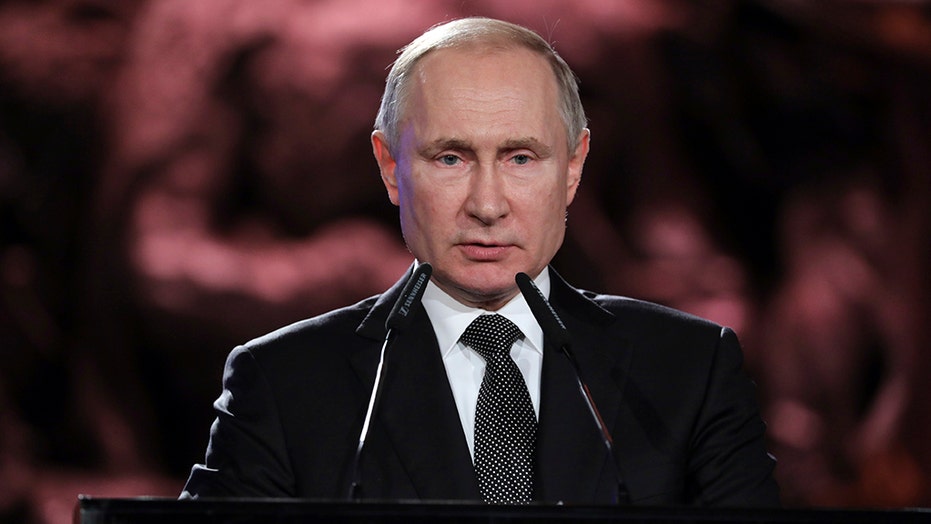 A Vladimir Putin critic has been found with his throat slit in what police are calling a "politically motivated" assassination in a French hotel.

Imran Aliev, 44, was found lying on the ground with "multiple wounds" in his chest and his throat slit with a bloodied knife next to it.

Aliev has been a strong critic of Vladimir Putin and Chechen leader Ramzan Kadyrov on his popular blog and youtube accounts for years, working under the pseudonyms of Mansur Stariy or Old Mansur.

His is the latest death to spark concerns of a Russian political hit squad running amok in Europe to hunt down any anti-establishment voices in hiding.

Aliev's 35-year-old Chechen traveling companion disappeared shortly after the shocking murder that was discovered by the hotel manager on January 30 after they failed to check out.

The pair had traveled from Aliev's home in Belgium where he was under police protection, to Lille, France, via train on January 29 where they booked into the Coq Hardi Hotel.

The day before his death, he told his wife and four children that he was leaving for a day in France "on business" after an unknown man showed up from Chechnya on the eve of the incident.

Russian President Vladimir Putin speaks during the Fifth World Holocaust Forum at the Yad Vashem Holocaust memorial museum in Jerusalem, Israel, Thursday, Jan. 23, 2020. The event marking the 75th anniversary of the liberation of Auschwitz under the title 'Remembering the Holocaust: Fighting Antisemitism' is held to preserve the memory of the Holocaust atrocities by Nazi Germany during World War II. (Abir Sultan, Pool via AP)

Officers are now hoping to track down Aliev's mysterious companion who is still missing over a week after the killing according to Business Insider.

A senior French police official said: "[Aliev] left Belgium Wednesday (Jan 29) where he was under police protection because of threats out of Russia and Chechnya over his opposition blogging.

"He was accompanied by another Chechen, who we have tentatively identified based on his travel documents.

"Obviously, considering Aliev's history and previous threats, we need to strongly examine the possibility of a state intelligence service in this murder.

"We are collecting and analyzing evidence from travel patterns, electronic intercepts, and other investigative tools at our disposal."