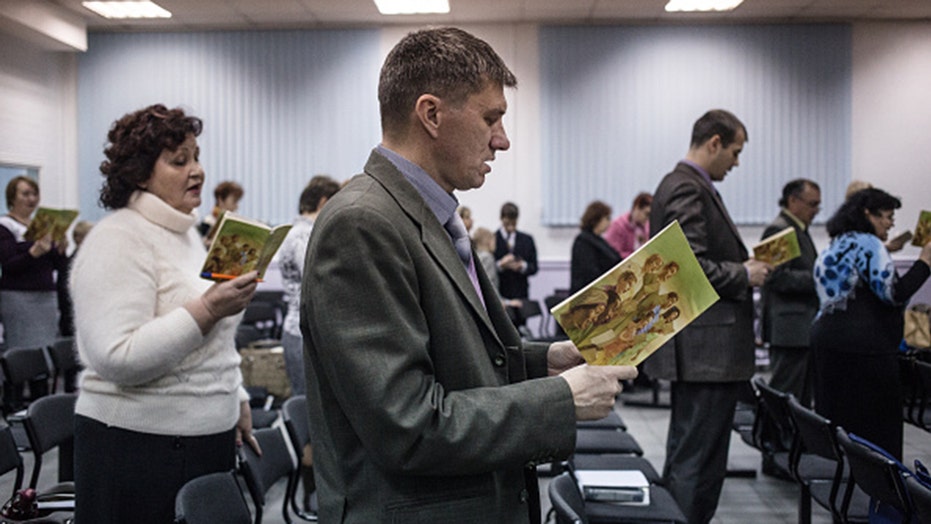 Russia sentences Jehovah's Witness to 6 years in prison for 'extremism'

Hundreds of Jehovah's Witnesses in Russia have been added to a list of "Persons Involved in Extremism or Terrorism," according to the organization.

The latest crackdown on the religious group blacklists believers from the country's financial system. Jehovah's Witnesses were officially banned in 2017, and the Kremlin continues to use extremism laws to crack down on opposition activists and religious minorities.

"Clearly, Russia has effectively reinstated its darkest period of history by relentlessly persecuting Jehovah’s Witnesses, as did its intolerant Soviet predecessors,” Jarrod Lopes, a spokesman for the Jehovah's Witnesses world headquarters in the United States, told The Associated Press.

More than 200 Jehovah's Witnesses were added to the register, which currently contains more than 9,500 names. It doesn't state a person's affiliation with an organization.

After Russia's financial intelligence agency, Rosfinmonitoring, put them on the list -- which they say is based on names given to them by law enforcement -- hundreds of members have been subjected to raids, arrests, and prosecution.

So far, 24 members have been convicted, nine of whom were sentenced to prison, and more than 300 are currently under investigation.

Rosfinmonitoring officials would neither confirm nor deny blacklisting Jehovah's Witnesses to The Associated Press, saying that they add people to the register based on the information law enforcement provides them with.