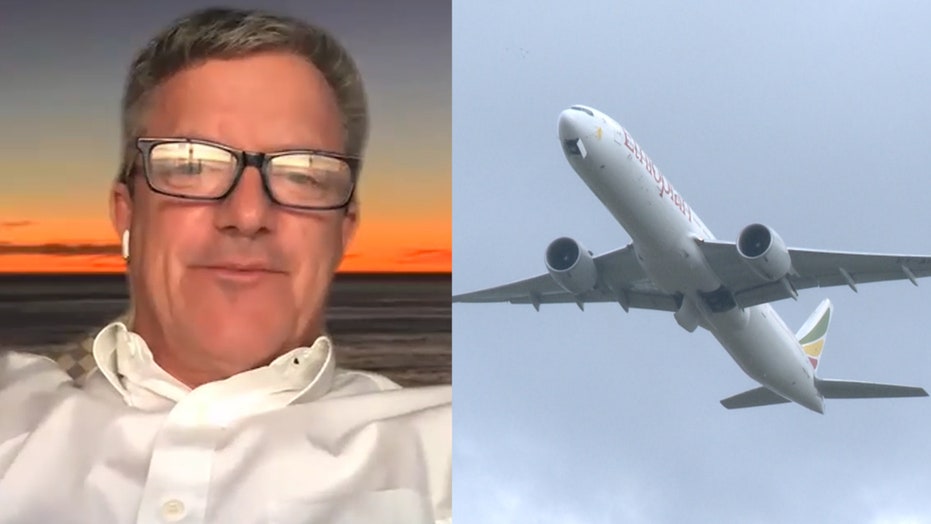 Hedge fund manager trying to get home from South Africa

Dozens of American citizens trapped by South Africa’s coronavirus travel restrictions applauded U.S. Ambassador Lana Marks on Thursday as she waved them onto an evacuation flight out of Johannesburg’s international airport.

More than 900 American tourists and business visitors are set to be repatriated from around South Africa – including Johannesburg, Cape Town, and Durban – over the next two days. They have been stranded in the country since the government implemented a strict lockdown aimed at preventing the spread of COVID-19.

Berman and his two sons booked standby seats on United’s last flight to New York out of Cape Town on March 26. But they were numbers 13 through 15 on the waitlist – and only the first 12 on the list were taken.

“Sadly, we didn’t make it,” he told Fox News on Wednesday. “We were very upset at the time.”

While he is grateful for getting spots on Thursday’s evacuation flight, Berman said he has had time to reflect on the fact that the coronavirus is not affecting South Africa as badly as the United States.

U.S. citizens checking in for their evacuation flight out of Johannesburg, South Africa. (U.S. Embassy in South Africa)

Under South Africa’s strict three-week lockdown, the country has seen an estimated 1,934 positive coronavirus cases and 18 deaths. At least 95 have recovered and officials have touted that the so-called curve has flattened.

“I’m extremely nervous about going into the U.S. at the moment,” Berman said. “If this is a war, I live in Manhattan, and we are basically going into the middle of where the war is.”

David Berman and his sons Jacob and Josh at the airport in Cape Town, South Africa. They had been on standby to leave on the last flight to New York before the country's coronavirus lockdown began. (Courtesy of David Berman)

He added: “Being in Cape Town, and having to wait a little while longer, I realized as time went on, it wasn’t so bad. It was quite a good thing.”

Berman was in South Africa running a charity called Chess for Change, which has sought to improve the lives of children through the game of chess.

He was there with his sons Jacob, 21, and Josh, 19, who are doing distance learning online from Princeton University and Duke University, respectively.

As they prepared for the journey, Jacob told Fox News: “We are very anxious and excited to get home, and reunite with the rest of our family that’s in New York.”

It wasn’t easy for the embassy to arrange the flights out of Johannesburg and several fell away at the last minute.

“With the initial charter flights, some of the logistical challenges for our evacuation were daunting for DC to work out -- with issues like FAA-mandated crew rest, landing rights on the ground, restrictions being placed here and around the globe on entry of foreign flight crews, as well as on the ground restrictions due to the risk of exposures and infections of this terrible pandemic, we have faced obstacle after obstacle,” the letter continued.

U.S. Ambassador to South Africa, Lana Marks, speaking with Americans ahead of their evacuation flight out of Johannesburg. (U.S. Embassy in South Africa)

One logistical challenge is that South Africa won’t let the foreign crew of an evacuation flight disembark – so one crew has to fly the plane in, and then sit as passengers for the entire journey to the U.S., while a second crew flies the jet.

Two days later after the initial letter, Marks sent a personal message to the group saying: “I have been on the phone much of the weekend, and have personally been in contact with senior airline executives.”

“I have additionally been in touch with senior officials of several ministries in the South African government, in order to get ahead of the curve on the paperwork process for these flights,” she added.

Marks, who is on her first-ever diplomatic post, received praise for the work she has been doing to get more Americans home, with one observer telling Fox News she is “handling this difficult challenge better than many career diplomats.”

U.S. Ambassador to South Africa, Lana Marks, speaks with embassy staffers ahead of the evacuation flight of U.S. citizens in Johannesburg. (U.S. Embassy in South Africa)

On Thursday, Marks was at the Johannesburg airport to give embassy staffers a pep talk before giving U.S. citizens boarding the flight some calming words before their departure. She was photographed going onto the buses to address them and personally saw every American was able to check-in at the airport without a problem.

She said goodbye as they boarded the plane.

On Thursday, South African President Cyril Ramaphosa announced he was extending the nation’s lockdown for another three weeks. It was supposed to end next week.