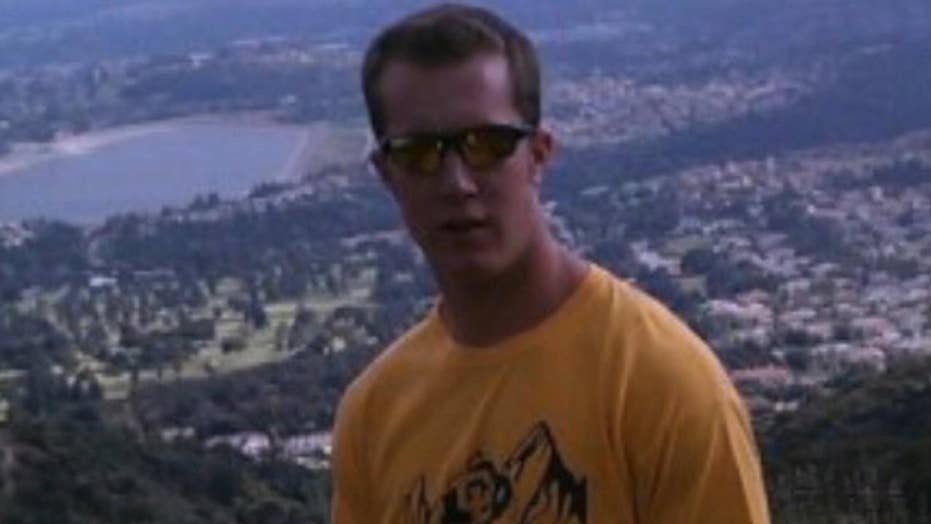 Parents of Taylor Meyer are asking the FBI to take a closer look at the murder of their son after Mexican Tourism attempted to paint the death as 'tourist on tourist' when they believe their son was killed by three locals.

A trip to a Mexican resort town to celebrate a friend's 30th birthday ended in tragedy Friday when a California man was found stabbed to death in a park near the famed beaches of Playa del Carmen.

Taylor Kristopher Meyer, 27, arrived Wednesday at the popular beach vacation spot with a group of friends, including some members of his fraternity from his years at the University of Colorado. His body was found Friday at the Lázaro Cárdenas park, located just a block from the beach, after a reported fight, according to Riviera Maya News.

"We don’t want this to happen to another family," his father, Kris, told FOX31.

Meyer's parents were contacted by the U.S. Consulate and told their son had been killed in a robbery. His cousin, Tracy Goetz, told KCRG that authorities have so far given them few details about what led to the 27-year-old's death.

Taylor Kristopher Meyer, 27, was killed after a robbery in a park in Playa del Carmen on Friday.

"This was a random act of violence," she told the television station. "They stole his shoes and his wallet."

His parents are now concerned local authorities are claiming the murder was "tourist on tourist" crime, not one committed by locals.

"We're afraid of this cover-up and we're never going to find the true story about all these unanswered questions," Meyer's father told FOX31.

Local police arrested a man Monday for his alleged participation in the stabbing, but it was not clear if he was a resident of the area or a tourist, according to Riviera Maya News. There were three people who were reported to be in the park with Meyer at the time of the robbery, the news outlet previously reported.

"They don't want people to know that there are murders happening like this because then people are not going to go there," Goetz told the television station. "It needs to be known that it's not a safe place to go. It's not okay to go and the Mexican officials need to fess up to it."

In August, the State Department issued an update to its Mexico travel advisory, urging tourists to “exercise increased caution” when visiting the country.

Taylor Kristopher Meyer's cousin said that authorities told them his attacker or attackers "stole his shoes and his wallet." (FOX31)

The update came after authorities confirmed the discovery of eight bodies outside the resort areas of Cancun — however, the State Department’s advisory for the state of Quintana Roo, where Playa del Carmen is located, remained at Level 2 (Exercise Increased Caution), just as it did before the discovery.

In it's advisory, the state department says that the area "experienced an increase in homicide rates compared to the same period in 2016."

"While most of these homicides appeared to be targeted, criminal organization assassinations, turf battles between criminal groups have resulted in violent crime in areas frequented by U.S. citizens," the advisory notes. "Shooting incidents injuring or killing bystanders have occurred."

Meyer's family is hoping the FBI can look at the case, and are planning his funeral for Saturday in California, where he was living prior to his death.