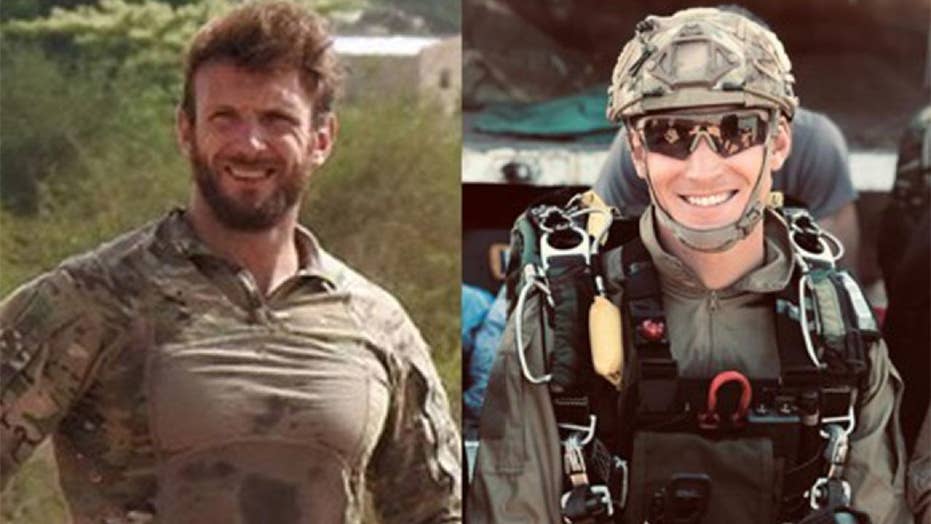 An American citizen is among a group of four hostages who have been freed in western Africa following a French special forces military operation.

An American citizen is among a group of four hostages who have been freed in western Africa following a French special forces military operation that resulted in the deaths of two of their own soldiers, the Elysee announced Friday.

The statement from France said President Emmanuel Macron "bows with emotion and gravity at the sacrifice of our two soldiers, who gave their lives to save those of our fellow citizens".

They were identified as petty officers Cédric de Pierrepont and Alain Bertoncello. A Facebook post by the French Navy added that both men received numerous awards and recognitions throughout their military careers, such as the Gold Level of the National Defense Medal.

The hostages who were rescued, according to France, were a U.S. citizen, a South Korean national, and French nationals Patrick Picque and Laurent Lassimouillas.

The Frenchmen were tourists who were kidnapped during a safari in Benin last week, Reuters reported. The circumstances surrounding the capture of the other two were not immediately clear.

According to one security source on the ground, Benin – where the hostages were taken – has been especially unstable following parliamentary elections in March, after electoral authorities ruled that only two parties - both loyal to the current President Patrice Talon – met the requirements to take part.

“This generated to a high-level of vulnerability coupled with instability in the borders of Burkina Faso,” said the source. “The kidnap has all the markings of the interplay between organized kidnapping gangs and jihadist groups. The death of the two French Special Forces indicates the strength and depth of these groups in capacity, local knowledge, and atmospherics.”

Another U.S. intelligence analyst in the region pointed out that an array of militias have “expanded operations” and that the situation has become especially inflamed in recent months.

Islamic extremists have become increasingly active in Burkina Faso, raising worries the militants could be infiltrating northern Benin and neighboring Togo as well. While it is not yet clear who abducted the group and why, neighboring Burkina Faso – once considered a beacon of calm in the otherwise terror-teeming region – has been a growing hotbed for some time.

The raid that saved the hostages happened Thursday night in the Western African nation of Burkina Faso, France says; the Frenchmen were tourists who were kidnapped in neighboring Benin. (Google Maps)

Over the past six months, at least 5,000 people have been killed in the Sahel – the sub-Saharan region of northern Africa – amid an escalation of inter-ethnic violence ranging from bombings to massacres to suicide attacks. Fox News also reported last year that Al Qaeda too had gained a foothold in the region, spilling over the porous border from Mali with weapons obtained in leftover Gaddafi stockpiles ascertained in Libya seven years ago.

Notably, abductions have also risen in the region and officials have been cautioning that more and more terrorist groups view seizing foreign tourists as a chance to fund their violent reigns with ransom payments.

The Sahel region near where the French citizens were kidnapped is as an ecological transition zone between the Sahara desert and Africa’s savannahs farther south. It has been roamed by militants in recent years who have targeted French nationals and other Europeans for kidnappings and demanded millions of dollars for their release. NGO groups operating on the ground also told Fox News that while French passports were once considered relatively safe compared to other nationalities like the U.S., they have become especially red-flagged by armed groups.

As it stands, more than 4,500 French troops are deployed to the area.

While the identity of the freed American has not been public, one former Pentagon official stressed that there are U.S. citizens – not just tourists – who have vanished from the area in recent areas, one of importance being aid worker Jeffrey Woodke, now 59, who was last seen in Niger in October 2016.

The U.S. State Department, in a travel advisory issued in early April, warned Americans to "reconsider travel" to Burkina Faso as "terrorist groups continue plotting attacks and kidnappings... and may conduct attacks anywhere."