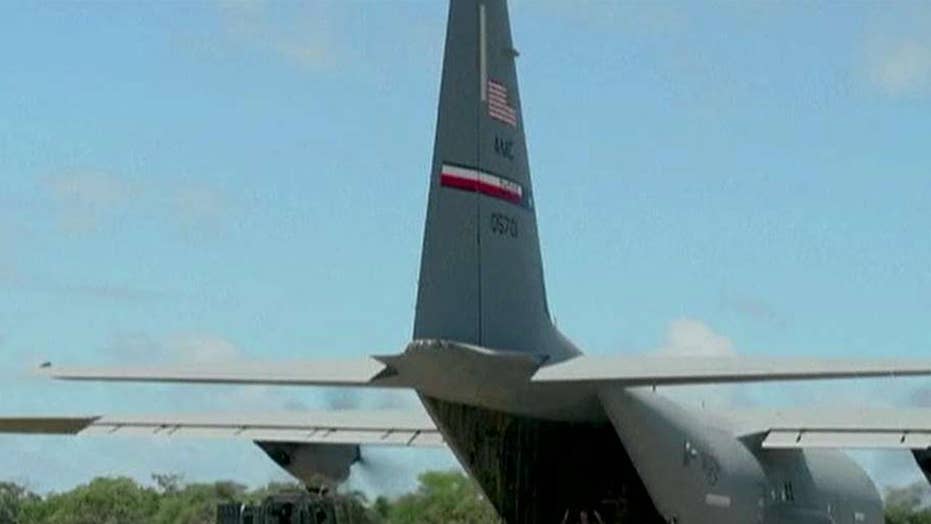 Al-Shabab, an Al Qaeda-linked terrorist organization based in Somalia, has become the target of a growing number of U.S. airstrikes during President Trump’s administration.

The militants belonging to the group have fought for years to impose a strict version of Islam in the Horn of Africa nation, while also launching attacks in neighboring countries like Kenya, where they killed a U.S. service member and two American contractors for the Pentagon in January 2020.

WHO IS THE FBO'S MOST WANTED AMERICAN TERRORIST? MEET JEHAD SERWAN MOSTAFA

“Al-Shabab’s continued attacks degrade the Somali government’s ability to both provide security and alleviate the dire humanitarian situation in the country, and its influence in Somalia undermines the United States’ efforts to prevent the use of Somalia as a refuge for international terrorists,” reads a Council on Foreign Relations profile of the group.

Al-Shabab, which means “the Youth” in Arabic, is believed to have formed around 2006. The U.S. State Department designated the group as a terrorist organization two years later, and in 2012, they pledged allegiance to Al Qaeda, according to the nonprofit Counter Extremism Project.

As of 2017, al-Shabab was estimated to have up to 9,000 fighters in its ranks – led by Ahmed Umar Abu Ubaidah, a militant in his 40s. The U.S. State Department is currently offering a reward of up to $6 million for information leading to his capture.

The group has been active in recruiting boys as young as 9 years old into its ranks – going so far as to kidnapping children from Somali schools, the Counter Extremism Project says.

Ahmed Umar Abu Ubaida, the current leader of al-Shabab. He took over the role in 2014 after the group's former head was killed in a U.S. airstrike. (U.S. State Department)

They have even drawn members from the U.S. More men and boys from a Somali-American community in Minneapolis have joined – or attempted to join – a foreign terrorist organization over the last 12 years than any other jurisdiction in the country.

Among those Americans is Jehad Serwan Mostafa -- a 38-year-old former San Diego resident who has been branded by the U.S. government as the most wanted American terrorist in the world.

As of 2019, FBI stats show 45 Somalis left to join the ranks of either al-Shabab or the Iraq- and Syria-based ISIS combined.

Al-Shabab funds itself with a “taxation” system that experts describe as extortion of businesses and travelers that brings in millions of dollars a year. In some cases, its militants have set up roadblocks to pilfer money the United Nations and aid groups have given to internally displaced persons living in Somali refugee camps, the Project adds.

Somalis gather and search for survivors following a deadly truck bombing in Mogadishu, in October 2017. (AP)

Despite losing territory in recent years, the extremist group continues to carry out deadly attacks in many parts of Somalia, especially the capital of Mogadishu. A truck bomb there in October 2017 killed more than 500 people and another bombing in December 2019 left at least 78 dead.

The group also claimed responsibility for a four-day siege on the Westgate Mall in Nairobi, Kenya in 2013. That attack killed 67 people and left Kenya's capital unsettled for days as militants battled with security forces, and people trapped inside tried to flee the fighting.

In 2015, al-Shabab killed 148 people in an attack on Kenya’s Garissa University.