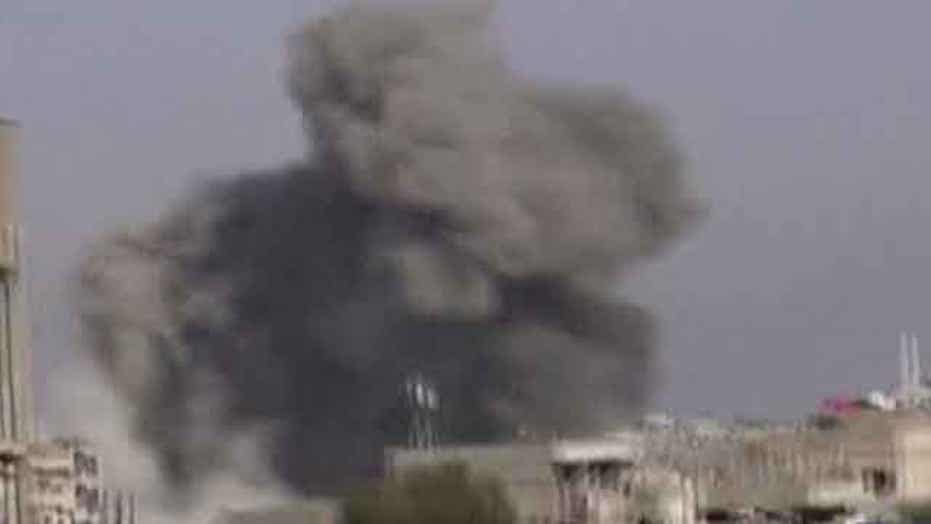 Homicide bomber attacks US military base in Afghanistan

KABUL, Afghanistan – A vehicle driven by a suicide bomber exploded at the gate of a major U.S. military base in eastern Afghanistan on Wednesday, killing the attacker and three Afghans, Afghan police said. The Taliban claimed responsibility for the attack.

Police Gen. Abdul Qayum Baqizai said a local guard who questioned the vehicle driver at the gate of Camp Chapman was killed along with two civilians and the assailant. The camp is located adjacent to the airport of the capital of Khost province, which borders Pakistan. Chapman and nearby Camp Salerno had been frequently targeted by militants in the past, but violent incidents have decreased considerably in recent months.

Taliban spokesman Zabihullah Mujahid said in an email that the bomber targeted Afghan police manning the gate and Afghans working for the Americans entering the base. He claimed high casualties were inflicted.

NATO operates with more than 100,000 troops in the country, including some 66,000 American forces. It is handing most combat operations over to the Afghans in preparation for a pullout from Afghanistan in 2014. Militant groups, including the Taliban, rarely face NATO troops head-on and rely mainly on roadside bombs and suicide attacks.

NATO forces and foreign civilians have also been increasingly attacked by rogue Afghan military and police, eroding trust between the allies.

On Tuesday, the Interior Ministry said a policewoman who killed an American contractor in Kabul a day earlier was a native Iranian who came to Afghanistan and displayed "unstable behavior" but had no known links to militants.

The policewoman, identified as Sgt. Nargas, shot 49-year-old Joseph Griffin, of Mansfield, Georgia, on Monday, in the first such shooting by a woman in the spate of insider attacks. Nargas walked into a heavily-guarded compound in the heart of Kabul, confronted Griffin and shot him once with her pistol.

The U.S-based security firm DynCorp International said on its website that Griffin was a U.S. military veteran who earlier worked with law enforcement agencies in the United States. In Kabul, he was under contract to the NATO military command to advise the Afghan police force.

The ministry spokesman, Sediq Sediqi, told a news conference that Nargas, who uses one name like many in the country, was born in Tehran, where she married an Afghan. She moved to the country 10 years ago, after her husband obtained fake documents enabling her to live and work there.

A mother of four in her early 30s, she joined the police five years ago, held various positions and had a clean record, he said. Sediqi produced an Iranian passport that he said was found at her home.

No militant group has claimed responsibility for the killing.

The chief investigator of the case, Police Gen. Mohammad Zahir, said that during interrogation, the policewoman said she had plans to kill either the Kabul governor, city police chief or Zahir himself, but when she realized that penetrating the last security cordons to reach them would be too difficult, she saw "a foreigner" and turned her weapon on him.

There have been 60 insider attacks this year against foreign military and civilian personnel, compared to 21 in 2011. This surge presents another looming security issue as NATO prepares to pull out almost all of its forces by 2014, putting the war against the Taliban and other militant groups largely in the hands of the Afghans.

More than 50 Afghan members of the government's security forces also have died this year in attacks by their own colleagues. The Taliban claims such incidents reflect a growing popular opposition to the foreign military presence and the Kabul government.