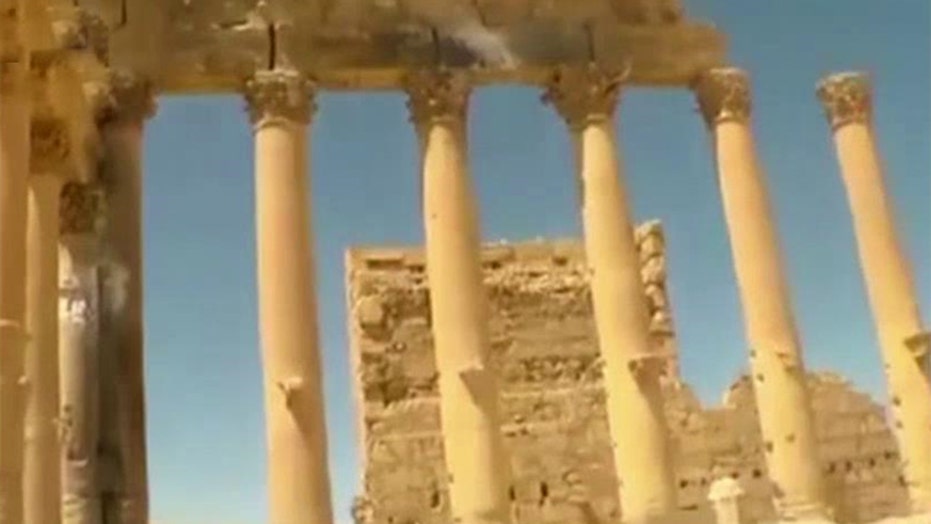 BEIRUT – Islamic State (ISIS) militants have destroyed a temple at Syria's ancient ruins of Palmyra, activists said Sunday, realizing the worst fears archaeologists had for the 2,000-year-old Roman-era city after the extremists seized it and beheaded a local scholar.

Palmyra, one of the Middle East's most spectacular archaeological sites and a UNESCO World Heritage site, sits near the modern Syrian city of the same name. Activists said the militants used explosives to blow up the Baalshamin Temple on its grounds, the blast so powerful it also damaged some of the Roman columns around it.

Both activists relied on information from those still in Palmyra and the discrepancy in their accounts could not be immediately reconciled, though such contradictory information is common in Syria's long civil war.

The fate of the nearby Temple of Bel, dedicated to the Semitic god Bel, was not immediately known. ISIS supporters on social media also did not immediately mention the temple's destruction.

The Sunni extremists, who have imposed a violent interpretation of Islamic law across their self-declared "caliphate" in territory they control in Syria and Iraq, claim ancient relics promote idolatry and say they are destroying them as part of their purge of paganism. However, they are also believed to sell off looted antiquities, bringing in significant sums of cash.

Al-Khatib said the Baalshamin Temple is about 550 yards from Palmyra's famous amphitheater where the group killed more than 20 Syrian soldiers after they captured the historic town in May.

The temple dates to the first century and is dedicated to the Phoenician god of storms and fertilizing rains.

The head of UNESCO, Irina Bokova, said Friday that extremists in Syria and Iraq are engaged in the "most brutal, systematic" destruction of ancient sites since World War II — a stark warning that came hours after militants demolished the St. Elian Monastery, which housed a fifth-century tomb and served as a major pilgrimage site. The monastery was in the town of Qaryatain in central Syria.

News of the temples destruction comes after relatives and witnesses said Wednesday that Khaled al-Asaad, an 81-year-old antiquities scholar who devoted his life to understanding Palmyra, was beheaded by ISIS, his bloodied body hung on a pole. He even had named his daughter after Zenobia, the queen that ruled from the city 1,700 years ago.

Meanwhile in Iraq, at least 23 soldiers and government-allied militiamen were killed Sunday in an ISIS attack in the turbulent Anbar province west of Baghdad, Iraqi military and police officials said, in the second heavy death toll suffered by the Iraqi military and its allies in recent days in the vast Sunni region.

The officials spoke on condition of anonymity because they were not authorized to speak to journalists.

They said ISIS fighters used suicide bombings and mortar shells and that chief of army operations in Anbar, Maj-Gen. Qassim al-Dulaimi, was lightly wounded in the attack.

News of Sunday's attack came two days after up to 50 soldiers were killed by ISIS in two ambushes elsewhere in Anbar province, much of which is under militant control, including Ramadi and the key city of Fallujah.

Government forces and allied Sunni and Shiite militiamen have been battling ISIS in Anbar for months, but, hampered by suicide bombings and booby-trapped buildings, they have only made modest gains.